You know that thing where two things happen relatively near to one another in time and suddenly the point is made clear? That happened to me recently. 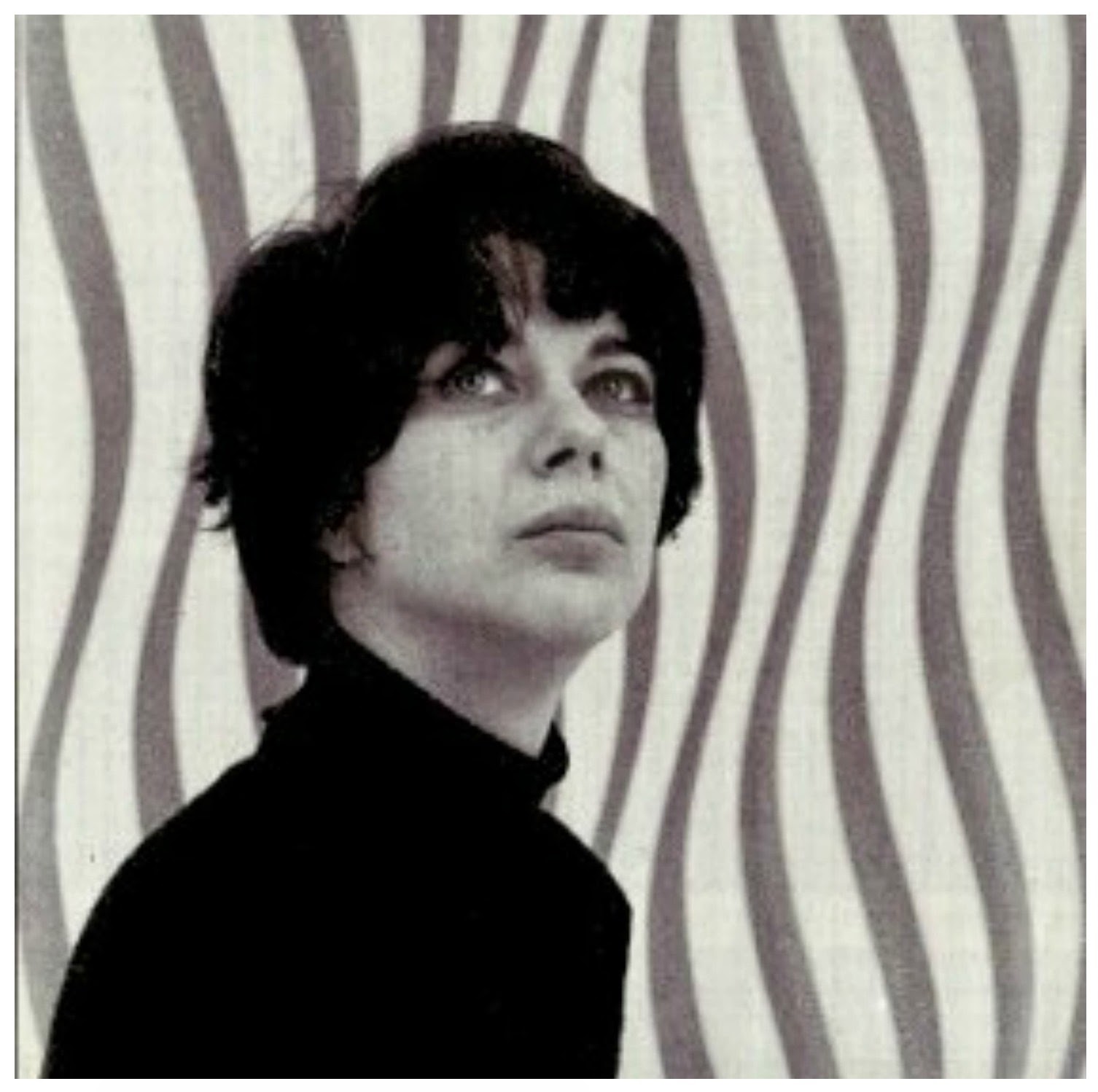 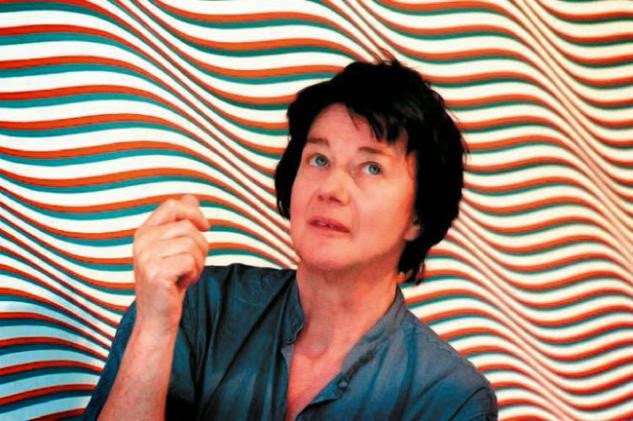 The second thing that happened was that while googleing around for something else I came upon three separate photos of the artist Bridget Riley--apparently everyone has always had the idea to shoot her against a backdrop of one of her geometric paintings, and apparently she has always had awesome short hair--and I thought, oh, that we could all age so well! And then I put the pictures together to see the progression: young, middle-aged, old. 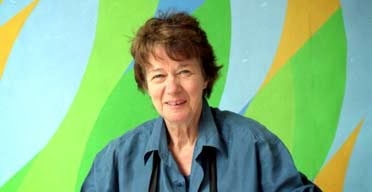 And here's what I realized: I am thirty-eight years old. I am the middle picture. I am middle-aged! And I love this! I've never been bothered by the idea of aging--I have enjoyed my thirties so much more than my twenties, and anticipate my forties being even better. But--and I blame this on the baby-boomer's relentless insistence (at this point in the face of all evidence) on their own youthfulness--I always thought of middle-aged as much older, like fifties, sixties. But, come on, let's face it--sixty is not the middle of anything. It's old. It's not elderly, it's not geriatric, it's just plain good old old-fashioned old. I adore the idea of being able to own middle-age for myself and my generation, and mentally categorizing the next age-bracket up as old. Whether those currently in that group will admit to this fact or not themselves--you can bet for darn sure that when I get here I'll be shouting it from the roof-tops.
Posted by Bridget Watson Payne at 8:40 AM
Email ThisBlogThis!Share to TwitterShare to FacebookShare to Pinterest
Labels: inspiration