North Carolina Museum of Art: You Are Here 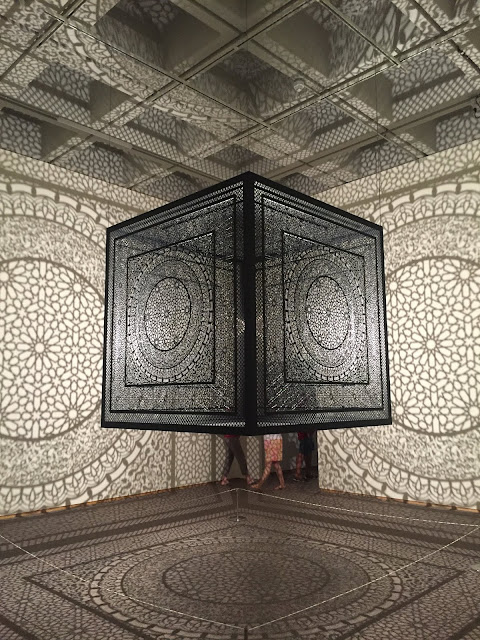 On our vacation, between Charleston and the Outer Banks, we stopped by Raleigh for a couple of days to visit family. While there we went and saw the show You Are Here: Light, Color, and Sound Experiences at the North Carolina Museum of Art and holy crap you guys, was this show ever a humdinger. Amazing work. Huge names. Immersive and interactive stuff that was fun for the whole family. And a piece I've been wanting to experience since 2015 (see bottom-most image). Check it out!

Above: one of my top favorite things in a show full of favorites was this roomful of shadows by Anila Quayyum Agha. So exquisitely beautiful. 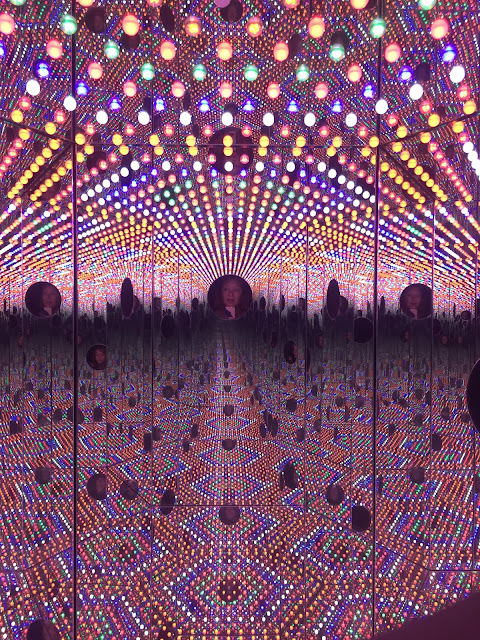 People line up for hours to go inside Yayoi Kusama's Infinity Rooms, but here you could poke your head into a mini one after only waiting for about five minutes. And it was every bit as transporting as you hoped it would be. 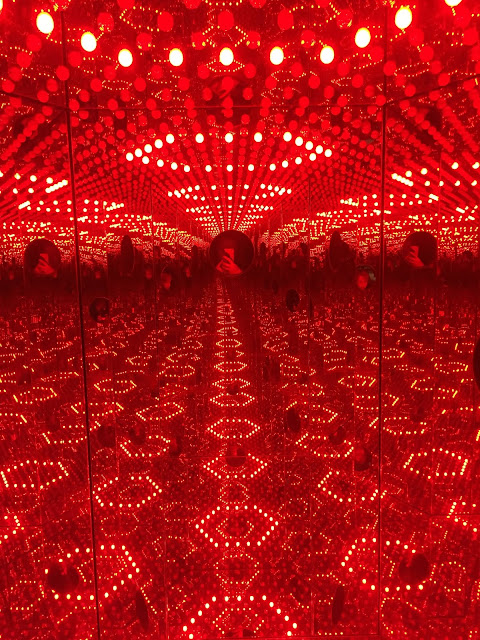 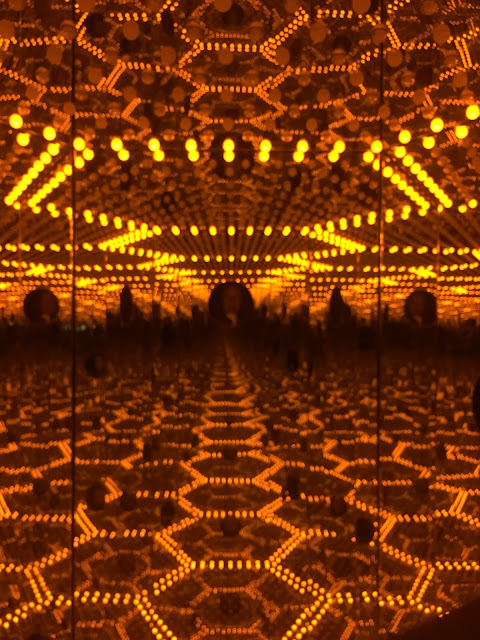 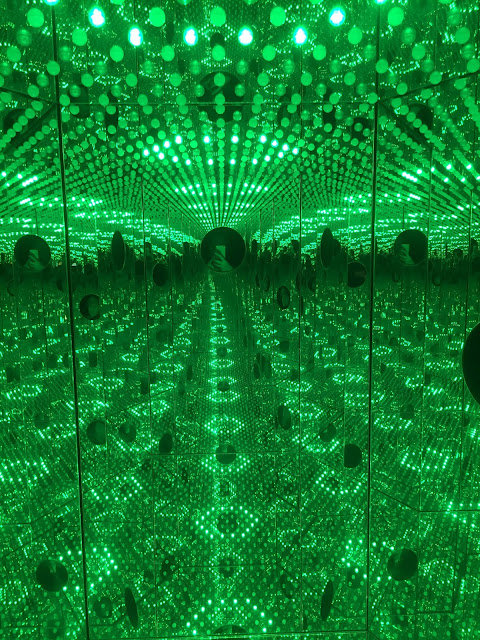 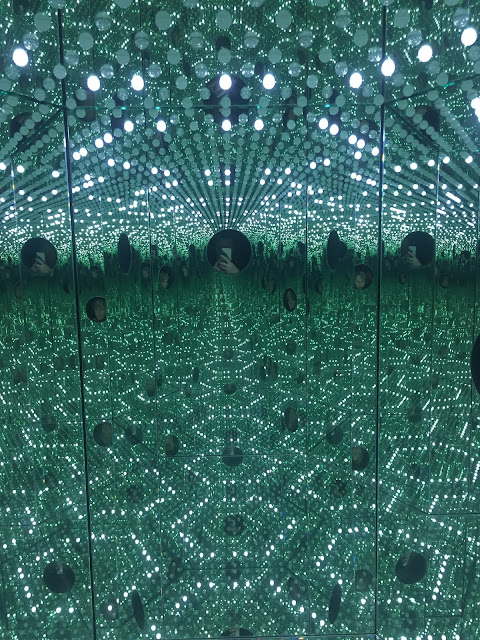 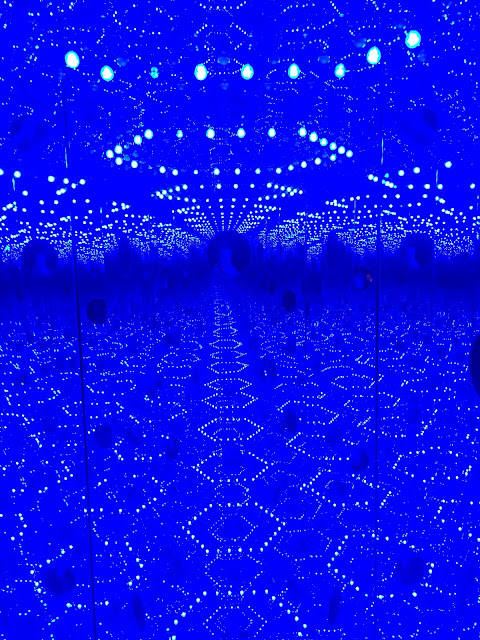 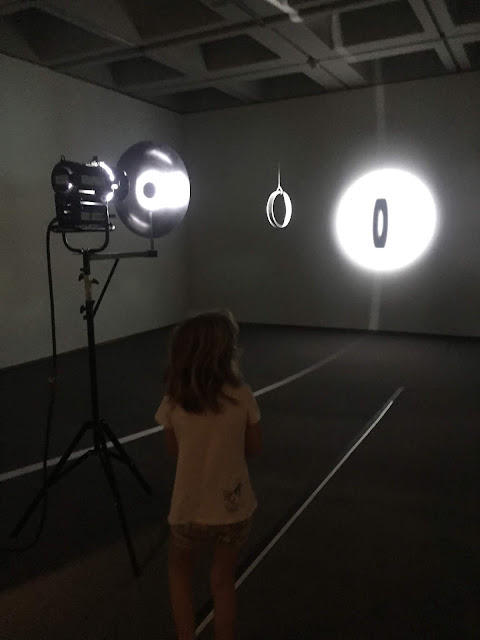 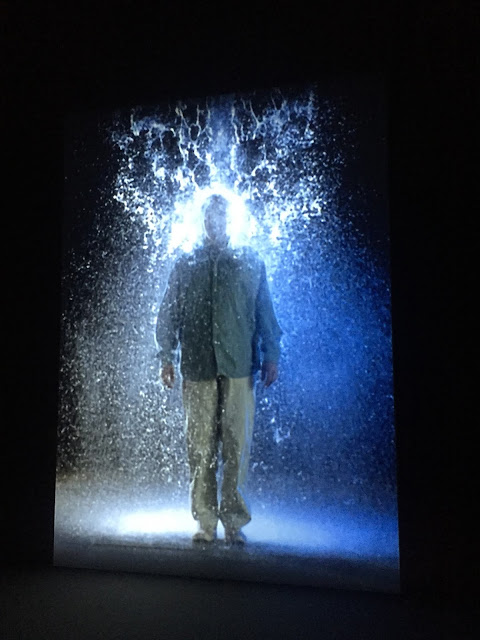 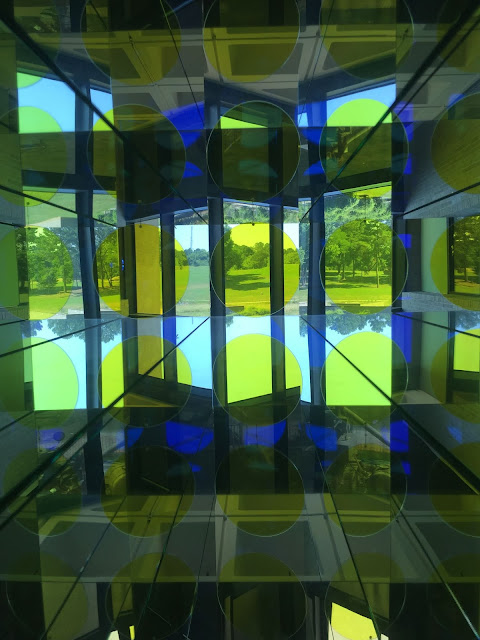 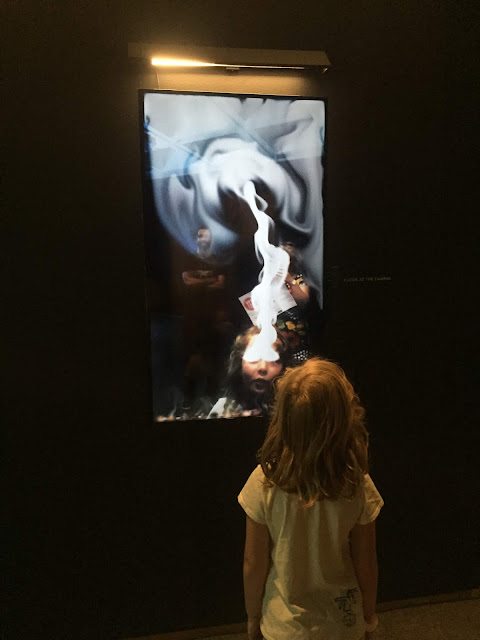 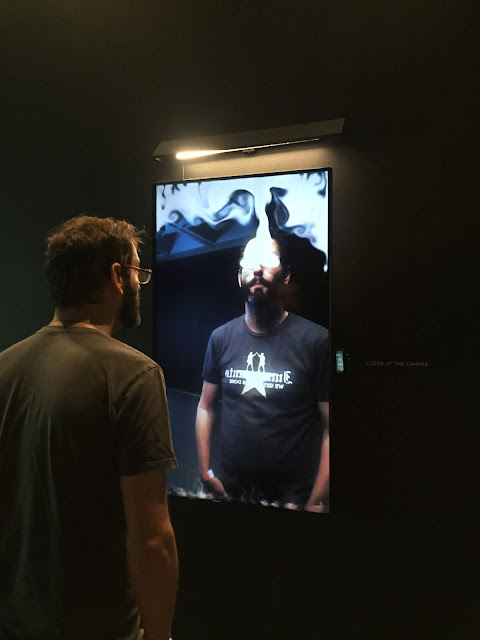 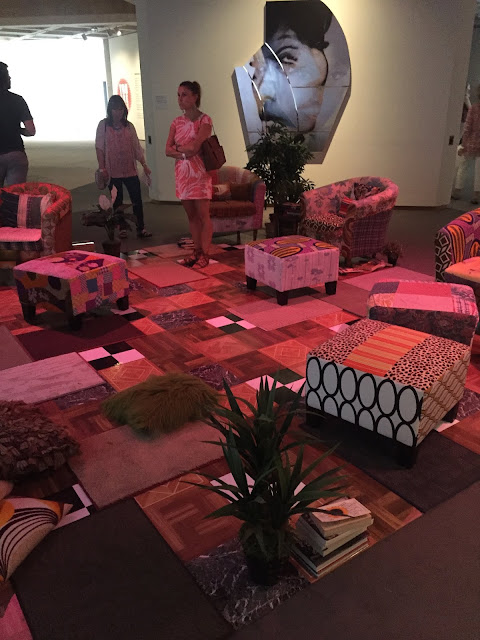 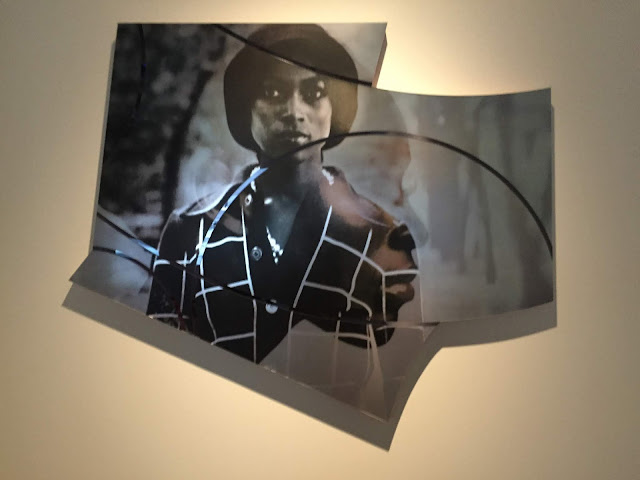 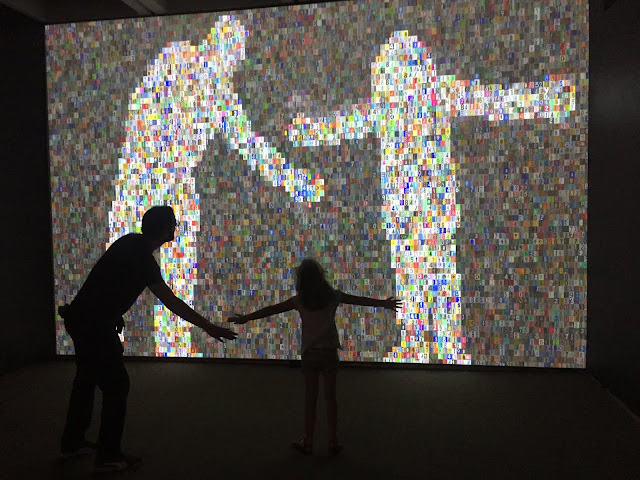 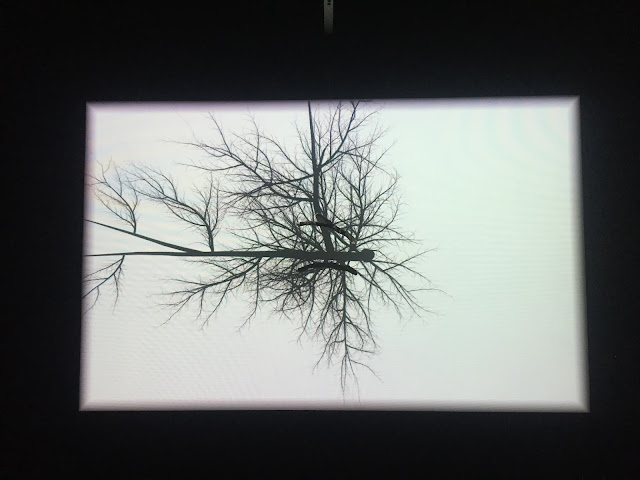 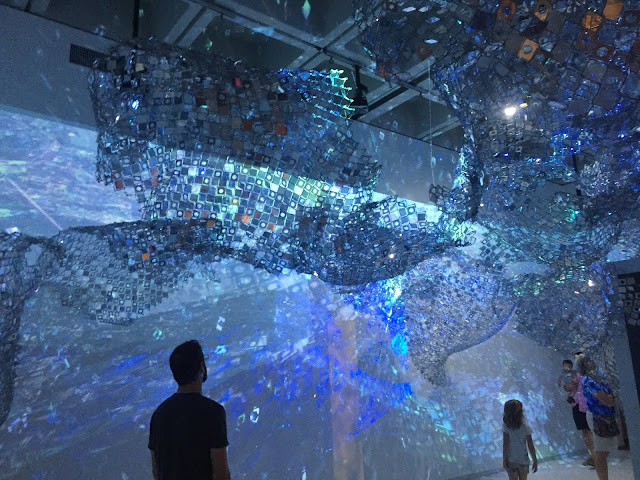 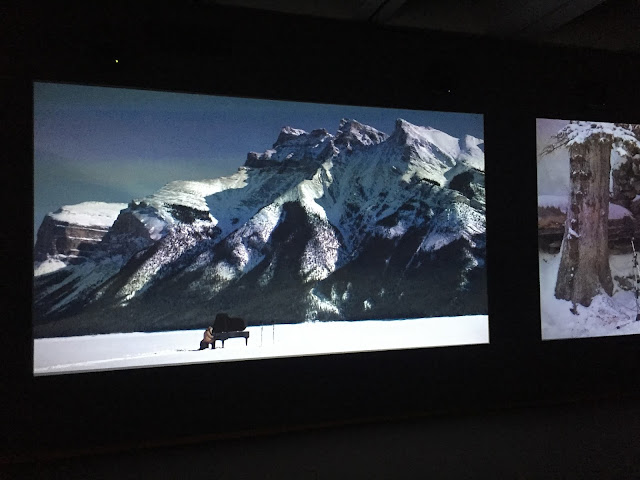 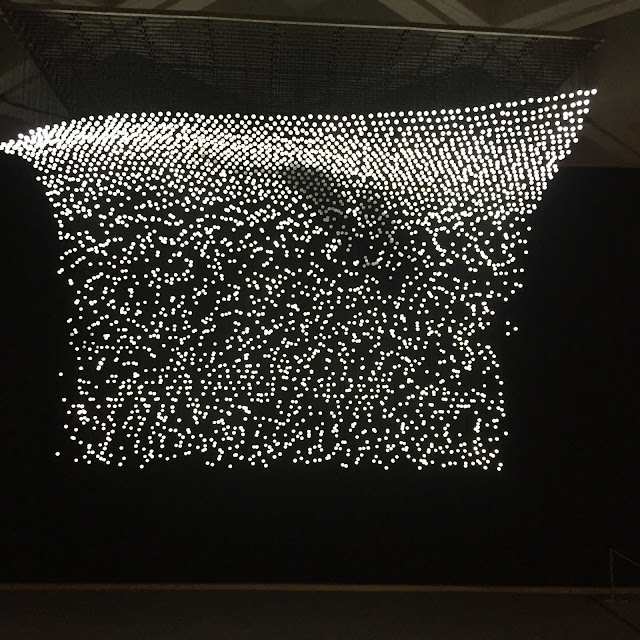 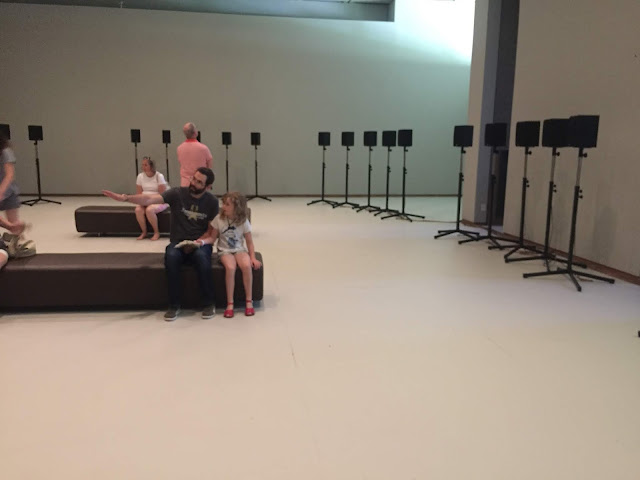 Janet Cardiff. I tried to go see this piece, Forty Part Motet, when it as at Fort Mason here in San Francisco on my 39th birthday back in 2015. Everyone was raving about it at the time, but it was a mob scene and I couldn't manage to get a ticket. Imagine my surprise and delight, then, to just randomly stumble upon it here. Experiencing it, you do indeed see what all the hype was about. Each one of those speakers (and there are 40 of them all around the room in a giant oval) plays the recorded voice of a single individual singer in the Salisbury Cathedral Choir as they perform a piece of choral church music in Latin. As you move about the room you here the particular voice of the one singer who's speaker you happen to be closest to, blending with the overall song, of course, and yet still utterly distinct, as if they were standing right next to you and singing in your ear. It's a marvelous thing.
Posted by Bridget Watson Payne at 8:11 AM
Email ThisBlogThis!Share to TwitterShare to FacebookShare to Pinterest
Labels: art