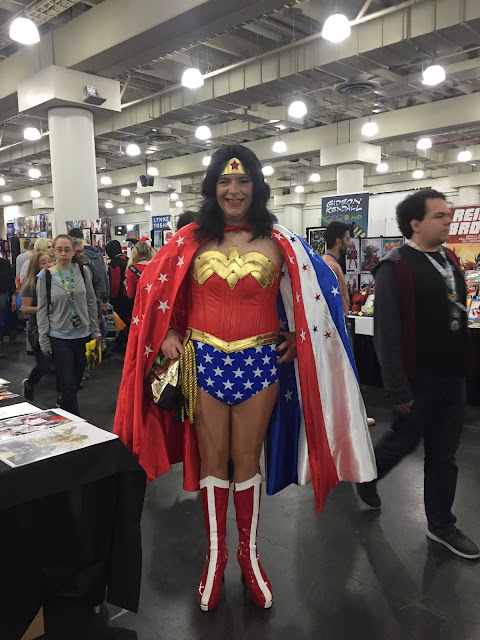 I walked the show floor at New York Comic Con on the Friday of my week in New York. I’d never been to a Comic Con before and was excited to see the crowds, the costumes, the artists, the trends, and just the overall scene. One of my main impressions was just how clearly happy people were to be there. Even when they were waiting in long lines for a book signing or curly fries, or packed in very tight crowds where it was hard to walk, the overall vibe was upbeat and jovial. It was the sort of mob scene you have to just surrender to in order to enjoy it, and I found that, with little agenda to speak of other than just to see the circus, I was able to do so. I took a ton of photos but most of them were terrible -- snatches and glimpses of things I didn't want to forget about (the jam-packed Dick Blick art supply booth, for instance, or the dozens of folks dressed up in the the ice cream shop sailor suits from Stranger Things, or the scads of artists I was interested in downstairs in the Artists Alley area) but nearly always dark or bury or crooked, and nearly always with people's heads in the way -- a bit like trying to take pictures while riding an elephant through a dense forest. But here are a few pics that offer at least a glimpse of what I saw. 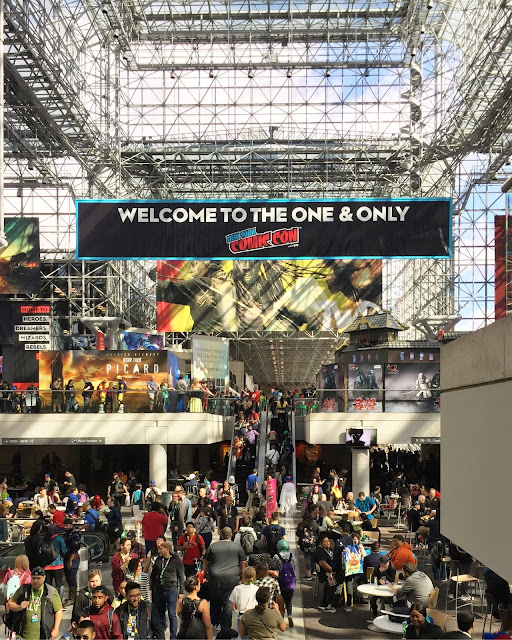 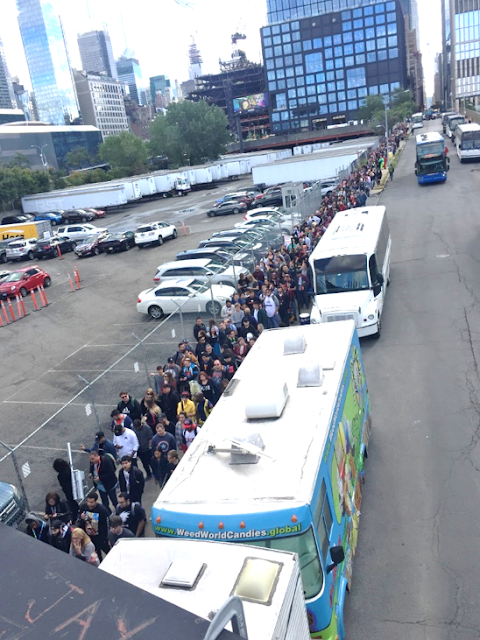 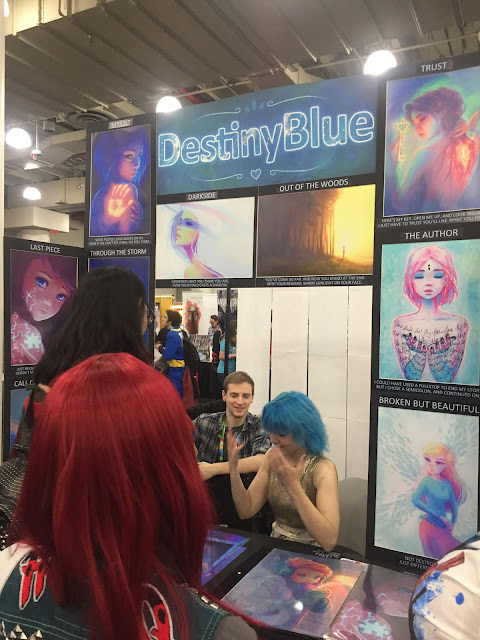 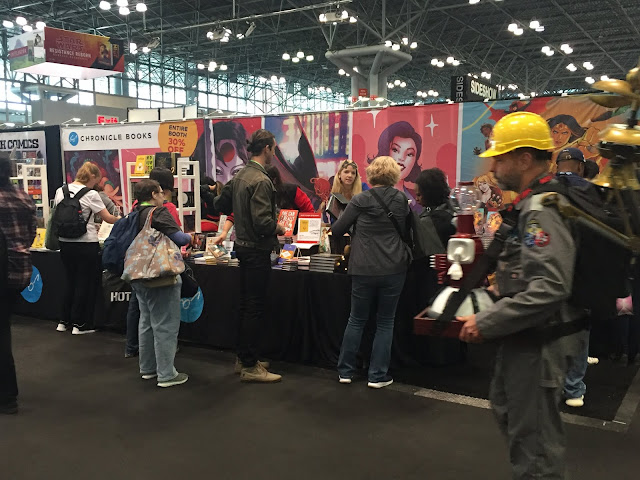 Posted by Bridget Watson Payne at 8:18 AM
Email ThisBlogThis!Share to TwitterShare to FacebookShare to Pinterest
Labels: publishing