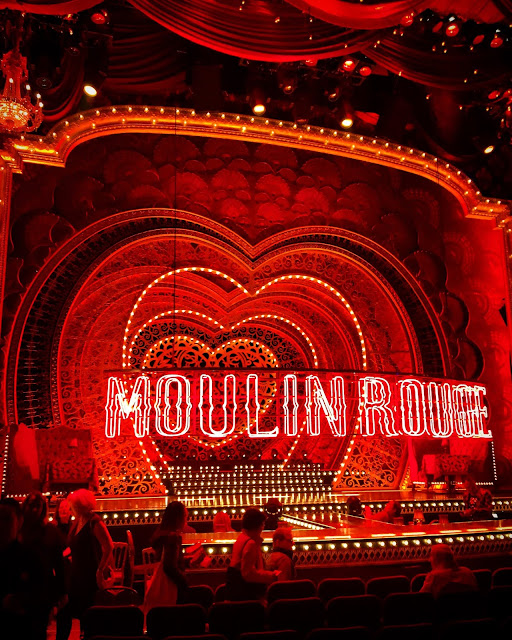 I witnessed two of the most joyfully exuberant pieces of theater I've seen in a very long time, when I was in New York last month. They were: Moulin Rouge -- I've long been a fan of Baz Luhrmann in general and the movie Moulin Rouge in particular, and this stage show beautifully channeled the buoyant spirit of the original while also updating it with 15 years of additional pop songs. And the hip-hop-improve-comedy troupe Freestyle Love Supreme featuring, on the night I happened to be there, special guest star (and founding member) Lin-Manuel Miranda (!!). I don't have that many regrets in life, but there are certain New York things I do regret not having managed to get myself to (the Hilma af Klint show at the Guggenheim, for instance), and the original cast of Hamilton is at the tippy top of that list. So this felt as if a tiny bit of that deficit had now been made up. 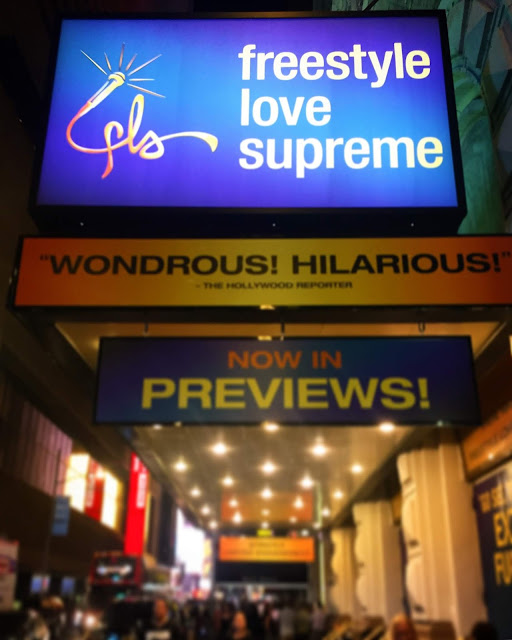 Posted by Bridget Watson Payne at 8:26 AM
Email ThisBlogThis!Share to TwitterShare to FacebookShare to Pinterest
Labels: inspiration