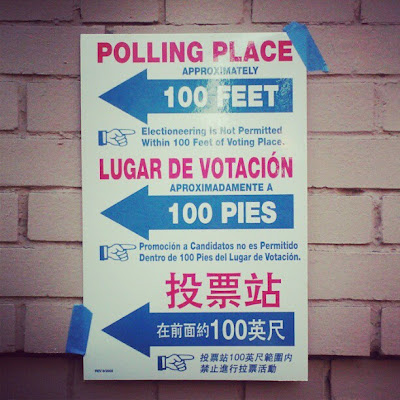 We all know what this is going to come down to, right? Voter turn out. No one's undecided anymore. It's just a question of who can get the most people worked up enough to get off their butts and go vote. And one thing about the Republicans is that they are scary good at getting people worked up. Four years ago liberals were worked up about a young, inspiring, non-white candidate and the line at my polling place was half a block long at seven in the morning. This morning? Half a dozen people in line and, frankly, I am freaking out. 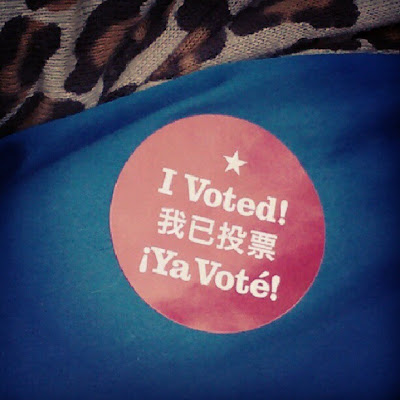 Apathy is a luxury we can't afford. I don't care about your reason. I don't care if you're a true progressive who's never really loved Obama's moderate politics; a pacifist angered by his accepting the Nobel Peace Prize while conducting two active wars; or a young person disillusioned by the day-to-day political grind of the past four years. I get all those things, I do. My generation had our share of disillusionment during Clinton's first term in the 90s. But frankly, none of that matters now. You want that warm fuzzy feeling of inspiration and Hope and Change back? Too bad. That was the infatuation stage and it's over now. This is the long haul. It may not be glamorous but it is of the the utmost importance. 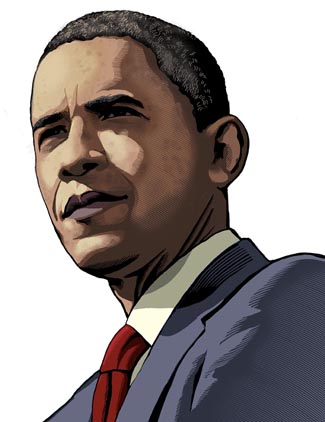 If you believe in matters of basic liberal justice like social services and gender equality then there is no excuse--none--for letting an elitist misogynistic bastard like Romney win this election. As a woman and a mother of a daughter I am here to tell anyone who might be tempted to say "oh, they're all politicians, they're all the same, there's nothing to choose between them" that they are full of it. One candidate is anti-choice, anti-equal pay, and in favor of dismantling government programs from the NEA to FIMA. The other is not. The damage Romney could do with Supreme Court nominations alone is staggering. I know I'm probably preaching to the choir here, and that very few people read this blog anyway, but if anyone who does read this today is contemplating sitting this one out in a pouty little snit I beg, seriously beg, you to reconsider. Get out there and vote for Obama people. The country you save could be your own.
Posted by Bridget Watson Payne at 8:40 AM
Email ThisBlogThis!Share to TwitterShare to FacebookShare to Pinterest
Labels: inspiration