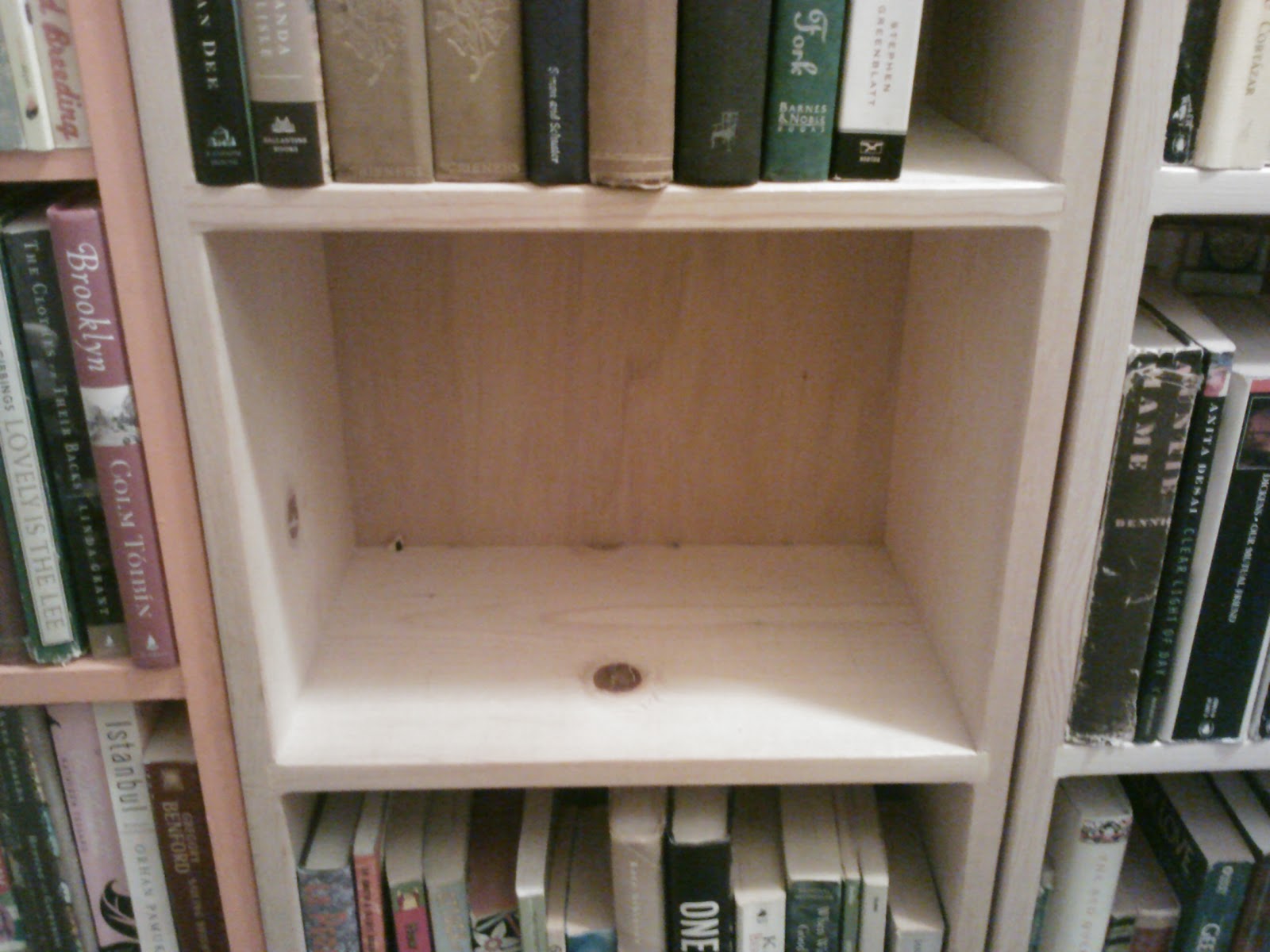 Over the past month or so, in small increments of time--weeknight evenings after the child has been put to bed and the dishes washed but before we crash out for forty minutes with an episode of something mindless; or Saturday afternoons during Mabel's nap--we've been working, chez nous, on a truly massive project. I should probably back up and explain that we have a lot of books. Like, a lot. I don't really think of it as being so many, but I just counted and there are sixteen bookcases up in this joint, and that's not to mention all the books stacked on top of dressers and under tables and who knows where all. So, a lot. Which is how we like it. But lately it's started to feel like just a few too many, and more and more we've been getting that sinking feeling of finishing a book and seriously not having any room on the shelf to put it away. And there is literally not room in this apartment for one more bookshelf. So. A book weeding project became a necessity. Which is why we've been going inch by inch and volume by volume through every shelf of every bookcase and getting rid of anything that that met a couple of simple criteria--either we read it but didn't like it, or we admit to ourselves that we are never actually going to read it. Lots of difficult home truths in this process, for sure. But at the same time it's been hugely liberating. We've been maybe getting rid of one book in ten. And for the first time maybe ever in my adult life I have that most astonishing thing pictured above--an empty shelf! And I'm not sure if you can even really tell what the picture below depicts, but I am here to tell you that it's a mountain constructed of every single tote bag we own (and like most twenty-first century people of our demographic, we own a heck of a lot of tote bags--perhaps two dozen?) each one filled to the top with books and stacked up in our linen closet. We've heard a rumor that the fine people who do the used book buying for Green Apple Books just might make house calls. Fingers crossed. 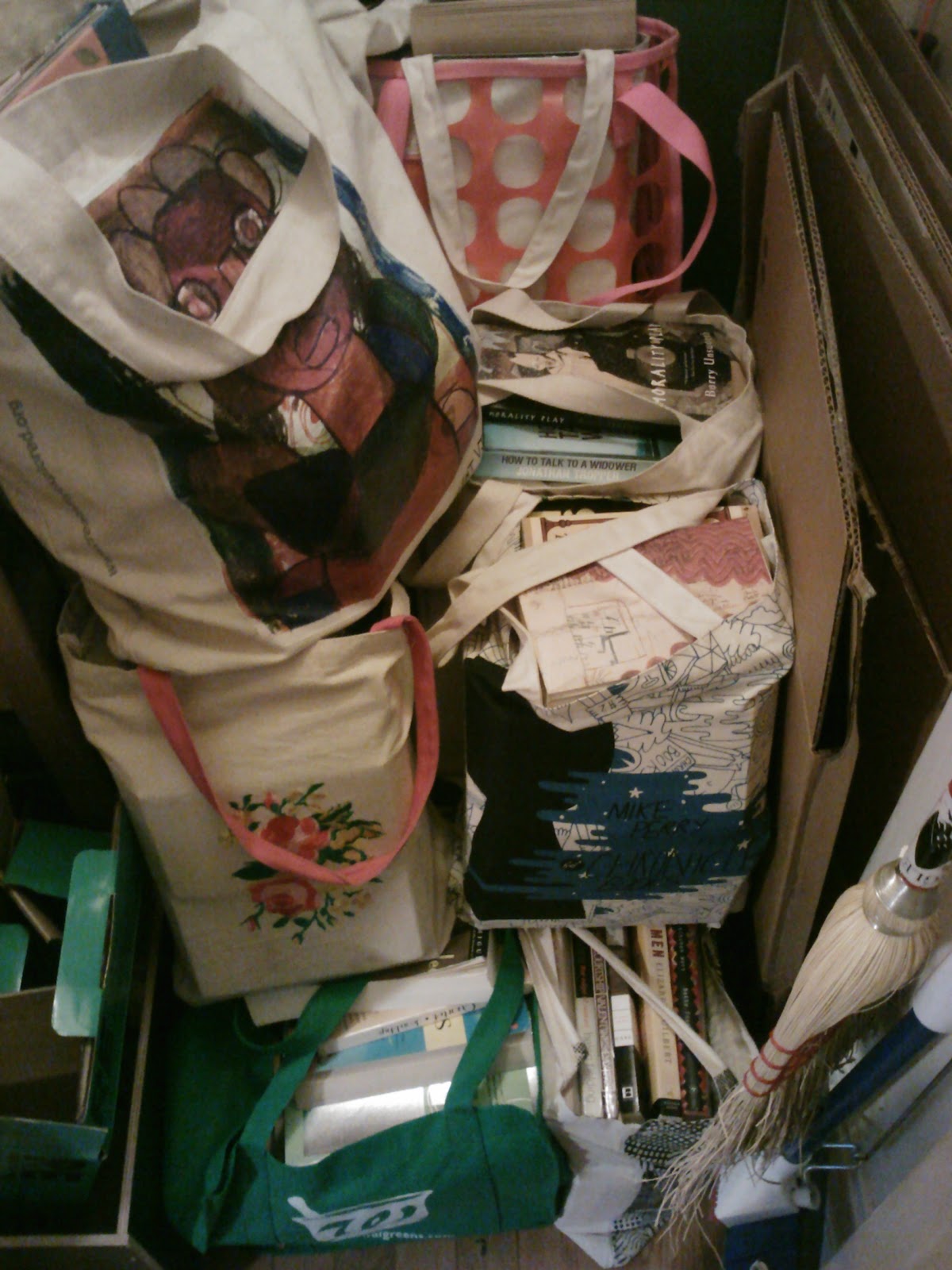