Getting Pensive on the Eve of the Holidays 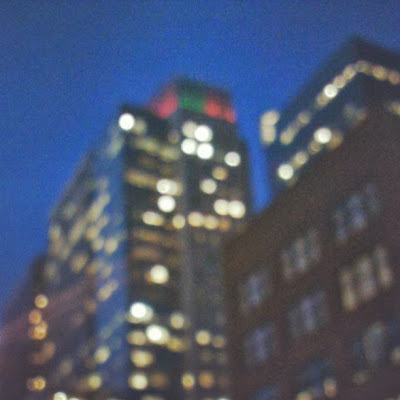 I'm the first to admit that I'm as much a part as anyone of the great chain of consumerism that unites our strange society.  I buy stuff all year long that I don't strictly speaking need (more cardigans, more novels, more ceramic bowls); I always end up spending more on Christmas gifts than I originally intended; heck, I just penned one of those testaments to shopping in our modern age--the Gift Guide (with which I must admit I'm inordinately pleased and about which, never fear, more here anon); but more than all of this: as a book editor I am actively engaged every day in the making of ever more consumer goods which I am constantly and fervently hoping lots and lots of people will buy.

I bring all of this up because, over the last few days, as the retailers' howling frenzy leading up to Black Friday has reached its deafening crescendo, I've been thinking about how utterly absurd, how downright fantastical it is that the well-being of our economy (and, ergo, the well-being of our nation) depends upon how many presents people buy for one another in the four weeks between our harvest festival and our solstice festival. It's not just me--that's insane, right?

But this morning something else occurred to me--of all the great amoral engines that have driven societies down the ages I guess I'd rather be caught up in one that's essentially based on people liking each other. In our reality we show that liking by buying each other stuff. In the era of Courtly Love they wrote for one another, in the Roaring 20s they got drunk together. Did those eras, like our own, have their share of cruelty and horror? Oh yes. Was/is this affection for one's fellow-creature just a thin veneer on top of the baseness of human nature? Almost certainly. But if I had to choose between having that veneer and not having it, between a society based on preposterous gift-giving versus one based on open hatred or disregard of others (Fascism or the heyday of the slave trade come to mind), I guess I know what I would pick.
Posted by Bridget Watson Payne at 8:14 AM
Email ThisBlogThis!Share to TwitterShare to FacebookShare to Pinterest
Labels: publishing