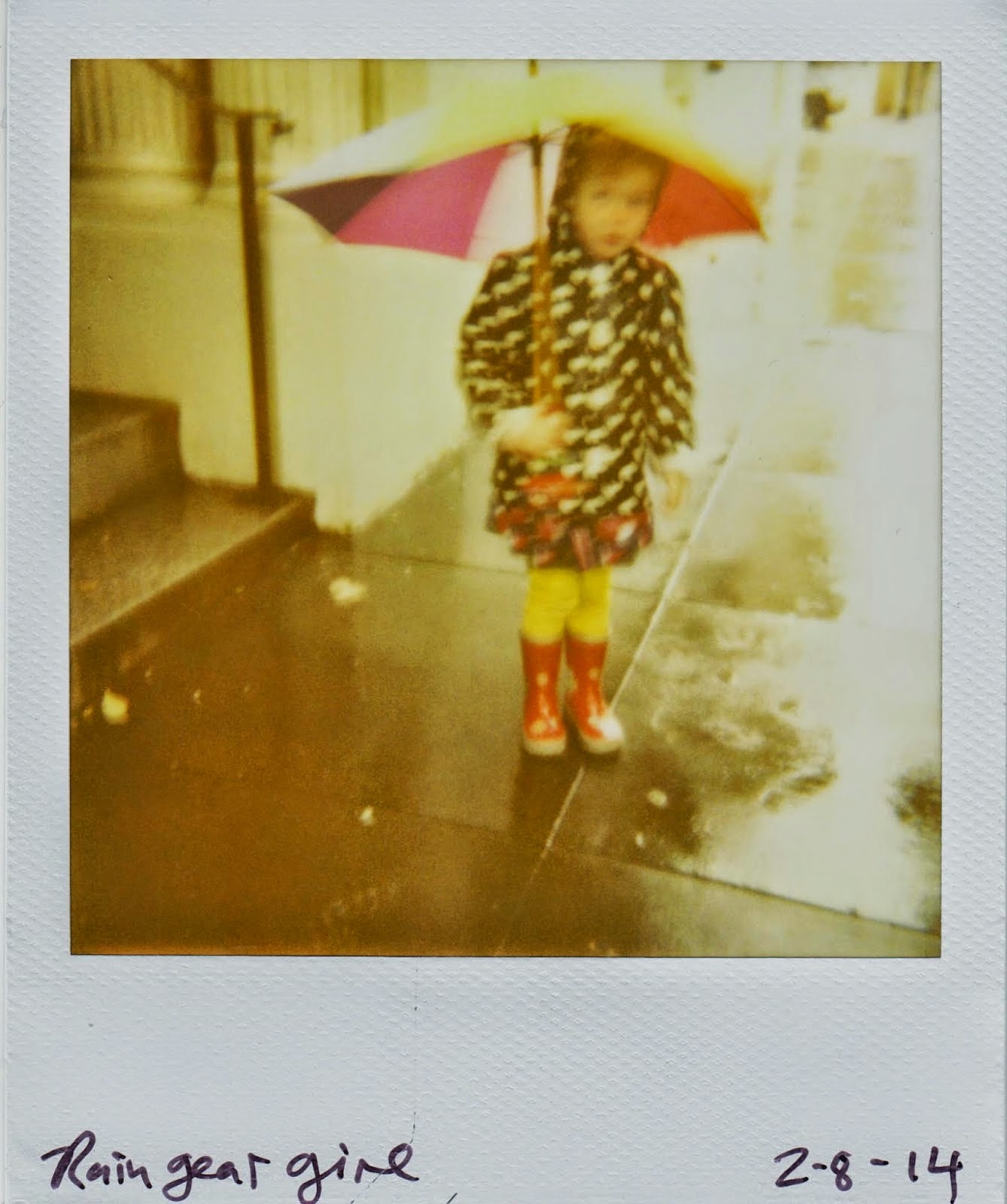 In the winter of 1982-1983, when I was 6 and then 7 years old, California experienced the strongest and most pronounced El Nino of the Twentieth Century. In other words, it rained a hell of a lot that winter. And just when I was at some sort of very impressionable watershed (ha ha) moment in my own development. Because in my memory, when I was a kid it rained all time. Not just that one year but for the entire duration of my childhood. And it made me ridiculously, soggily happy. To this day I cannot see a child all kitted out in rain gear, as Mabel above, without my heart soaring to an extreme degree. Originally I was going to write something beneath this photo about how "aren't we all just made goofily happy by the sight of a little kid in a sicker and boots with an umbrella?" But then I realized, that might just be me.
Posted by Bridget Watson Payne at 8:57 AM
Email ThisBlogThis!Share to TwitterShare to FacebookShare to Pinterest
Labels: polaroids