7 Must-Read Articles on Diversity Within the Publishing Industry 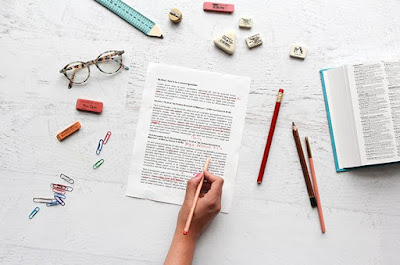 Recently I had the honor of writing a post for the Chronicle Books blog on some of the most important and interesting articles about diversity in publishing to come out in the past year. I reproduce it here in its entirety for your delectation:

In the fall of 2015, Mira Jacob wrote a piece for BuzzFeed about a speech on diversity that she attempted to deliver at a publishing industry party, to which no one listened. For a person in publishing it’s a gut-wrenchingly shameful read. And I found it all the more so because, if I worked in New York rather than in San Francisco, I’d have been at the party in question. I like to imagine that, had I in fact been there, I’d have been among the “very small ring of people” who paid attention to Jacob’s speech—but would I really? Can I be sure?
In early 2016, the results of the first-ever industry wide Diversity Baseline Survey were released, and the numbers were just as bad as we’d all feared they would be. Publishing as a whole is 79% white. Given that fact, it’s hardly surprising that books and authors are not nearly as diverse as they ought to be either. Many people in publishing care deeply about these issues and want to fix the problem, but—despite some great efforts, particularly in children’s publishing, and amplified by organizations like We Need Diverse Books—the industry as a whole continues to struggle to change.
Here at Chronicle Books, there are a number of initiatives around this topic, but meaningful change takes time. As with any social action, it’s important to divide your energy between long-term, big-picture endeavors, and smaller-scale projects that can be implemented quickly. One such smaller project I’ve been working on for the past year and a half or so is creating and maintaining a library of articles on topics related to diversity issues, and sending out a monthly newsletter of recent articles of note. Drawn from that library, here are a few of the key moments in the ongoing conversation about diversity in the publishing industry, from the tail end of 2015 through 2016. Already this year the conversation has continued to evolve, so perhaps I’ll come back here with another installment soon. For now, read on.

1. I Gave a Speech About Race to the Publishing Industry and No One Heard Me

BuzzFeed, September 17, 2015
Author Mira Jacob discusses how she gave a speech on what it means to be a writer of color at the Publisher’s Weekly Star Watch 2015 party, and very few people listened. Then, she shares the text of her speech in full, detailing her experiences with the insidious nature of discrimination.

2. Equity in Publishing: What Should Editors Be Doing

PEN America, October 14, 2015
A round-table discussion including various editors, a number of of whom work on poetry and literary journals, discussing their editorial responsibility with regards to white privilege and creating a larger, more inclusive space for writers of color in the publishing industry. An extensive resources section at the end links to a number of other useful articles.

Shelf Awareness, January 15, 2016
The Association of American Publishers is partnering with the United Negro College Fund to create a paid summer internship program, intended to place African American students from historically Black colleges and universities at a number of industry-leading publishing companies. The positions range across of departments, including editorial, marketing, publicity, and sales.

Forbes, January 26, 2016
This article details the results of the first-ever Diversity Baseline Survey of the publishing industry, conducted across numerous companies in 2015 and intended to capture a demographic snapshot of current staffing. The data confirms a lack of diversity, with the industry as a whole being: 79% white, 78% female, 88% straight, and 92% nondisabled.

5. Why Publishing Is So White

Publisher’s Weekly, March 11, 2016
In response to the results of the Diversity Baseline Survey (see above), this article examines hiring practices across the publishing industry to ascertain what factors create and maintain the lack of diversity. It concludes that while publishers do care about diversity, they are not yet taking effective steps to bring about lasting change.

NPR Code Switch, August 9, 2016
Discussions of diversity in book publishing tend to focus on the demographics of authors and/or editorial staff, but it’s also important to talk about the impact of marketing. Marketers need to be able to make people care about books written by minorities, which comes with its own special challenges and skill-sets.

7. The Uncomfortable Truth about Children’s Books

Mother Jones, Oct/Sept 2016
An in-depth look at the lack of protagonists of color in kid’s books. The writer concludes that the questions roiling children’s publishing are among the pressing cultural questions of our time: Whose story gets told, and who gets to tell it? How do you acknowledge oppression without being defined by it? And to what extent should writers bow to popular opinion?

photo by Irene Kim Shepherd
Posted by Bridget Watson Payne at 8:27 AM
Email ThisBlogThis!Share to TwitterShare to FacebookShare to Pinterest
Labels: publishing