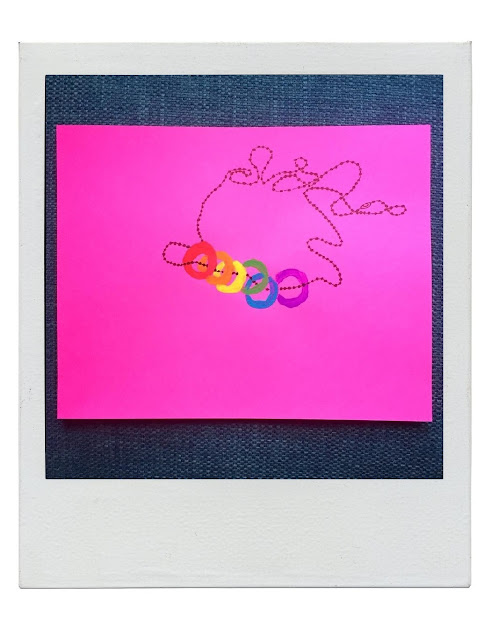 In honor of Pride Month I drew this archaic piece of jewelry -- which, it turns out, loads of people don't even remember -- despite the fact that it was iconic in my suburban Bay Area high school circa 1993. A few particularly daring straight girls (self not included, alas) wore them in solidarity with the (to us at that time still almost entirely hypothetical) gay community. This seemed, then, a very edgy thing to do. The term "ally theater" was still decades away from being coined, but this is nevertheless where I first observed that concept in action. Where I first became aware that someone could be entirely sincerely fighting for what is right, and also kind of showing off, at the same time.
Posted by Bridget Watson Payne at 8:11 AM
Email ThisBlogThis!Share to TwitterShare to FacebookShare to Pinterest
Labels: polaroids