I had the tremendous honor of being the sole juror for CENTER Santa Fe's annual Editor's Choice Awards this year. It was ridiculously hard to choose three winners from hundreds of spectacular entries, but in the end these three amazing bodies of work really stood out. Here's a sample image from each, and my juror's statement about why I chose them. To see their complete portfolios and artists' statements go here, to learn more about the Choice Awards go here, and also check out the Curator's Choice, Director's Choice, and Producer's Choice awards as well (all of which virtual visits I heartily recommend).

The quality of work submitted to this year’s CENTER Awards was extremely high. It was a joy to view so many powerful images—some beautiful, some wonderfully challenging, some tranquil, some brash—all deeply engaged with the world and the workings of the mind. And, accordingly, it was difficult (at times if felt nearly impossible) to narrow down hundreds of strong portfolios to just three winners. But, as every editor knows, narrow down we must. All three of this year’s winners engage with themes I saw resonating across many of the entries—and, indeed, have seen resonating in the larger photographic community in recent years—but each brings to its theme and subject matter something entirely new and fresh.

First Place:
Azalea Trail Maids takes a dive into a little-known subculture—in this case a “court” of high school girls who dress in pastel antebellum-style dresses in Mobile, Alabama—and views that subculture through a curious and feminist lens (the photographer points out that: “these bright, modern young women appear at civic events in smiling silence, despite being selected on merit”). While such projects often veer into either adulation or harsh critique, this one is exquisitely balanced. I have rarely seen such a perfect blend of societal appraisal, empathy for the subject, a sense of humor, and an eye for the sublime. In just eleven images we come to love these young women, while at the same time calling into question the cultural forces that have placed them where they are. 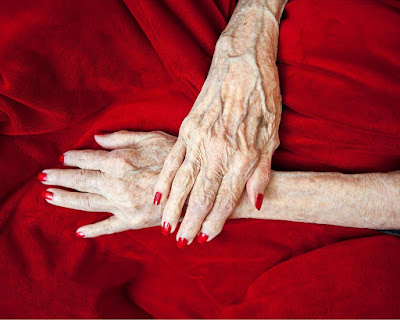 Second Place:
What Azalea Trail Maids does for the photographic project of examining a subculture, Visions of Johanne – The Aging Female Body does for portraiture of an elderly relative. The idea of taking one’s own aging parents or grandparents as a photographic subject has been gaining momentum in recent years, but, again, this photographer does something with that material which I’ve never seen before. Perhaps because of her stated aim to counter the societal convention by which the aging female body “is rarely seen, much less celebrated, and…remains virtually invisible to younger female generations,” this photographer has rendered her subject seen to an extraordinary degree. From her incisive glance, manicured hands, and single breast to her crumpled paper medical gown, box of pills, and dish of candy, Joanne is rendered with a clear-eyed tenderness that loses none of its clarity and strength for all its kindness. 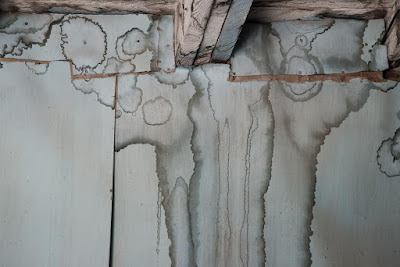 Third Place:
Another recent movement in photography is the making of pictures in abandoned interiors. Decay creates interesting tableaus, and the history behind the images is often just as striking. Left Behind, a series of images made in the abandoned gold rush town of Bodie, California, takes that trope and moves it into brand new territory. These photographs are exceptional for several reasons. For one, the intimacy of these vignettes of personal objects (blankets still on beds, coats still on hooks, picture frames, enamel cups, reading glasses) juxtaposed with ruined textures (peeling wallpaper, water-stained wood, tattered fabric) is extraordinary. Second, and even more essential, is the photographer’s use of light. The milky sunlight that permeates these images gives them both a softness and a clarity rarely seen. Rather than being handed spookiness or tragic nostalgia, we are invited to contemplate, among other things: “dreams...the vagaries of life...strength...loss...[and] the uncertainties of living.”
Posted by Bridget Watson Payne at 8:29 AM
Email ThisBlogThis!Share to TwitterShare to FacebookShare to Pinterest
Labels: publishing