The Girls in Publishing 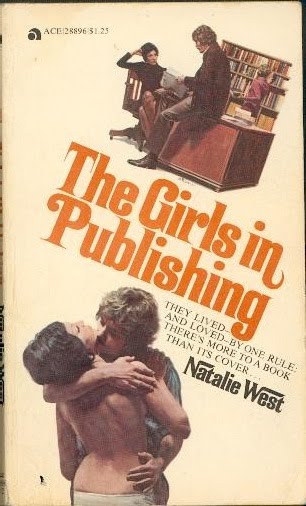 Over at The Inc. Blot (the blog of Australian publisher Black Inc.) they've dug up and "reviewed" this awesome pulp novel set in the apparently very torrid publishing world of 1974. So of course it's now making the rounds of female types in the current publishing world, and is pretty hilarious. A few choice tidbits--

"Things we learnt from reading The Girls in Publishing:

Every girl in publishing should own at least one pair of "mint-green lounging pyjamas".

Agents ain't what they used to be: "Foster was a slimy, cigar-smelling, toupee-wearing man who would demand payment in bed for anything he did ... He was the best agent in the business."

Contracts were a lot messier back then too: “… the usual ten percent commission - plus one evening a week screwing until he got bored" 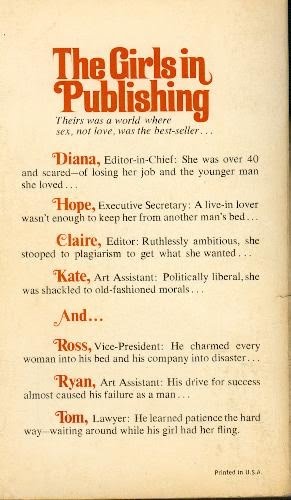 Posted by Bridget Watson Payne at 8:37 AM
Email ThisBlogThis!Share to TwitterShare to FacebookShare to Pinterest
Labels: publishing