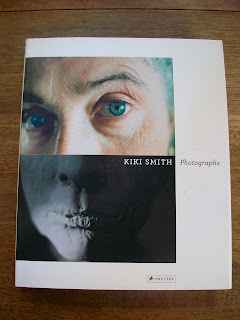 Today's art book is Kiki Smith: Photographs. This concept at first seemed a bit odd to me--why publish the photographs of an artist who is primarily a sculptor, taking pictures of her own sculptures, which presumably could be better captured by a professional photographer? Isn't that a bit like navel gazing? But I was in for an unexpected treat. The book features five photo essays by Smith, alternating with five text essays focusing on various aspects of her work. (This organization is something I would quibble with. If I ruled the world--or had edited this book--I'd have advocated for all the text pieces to go up front and in the back, with the nice big juicy body of photos as the core of the book in the middle. But that's just me.) And the photo essays are by and large delightful. The first one was especially wonderful, and by far my favorite. Entitled "Nature" it features lots of images ganged up small--eight per page, so sixteen on a spread--depicting nature wherever Smith happened to find it. Great stuff: 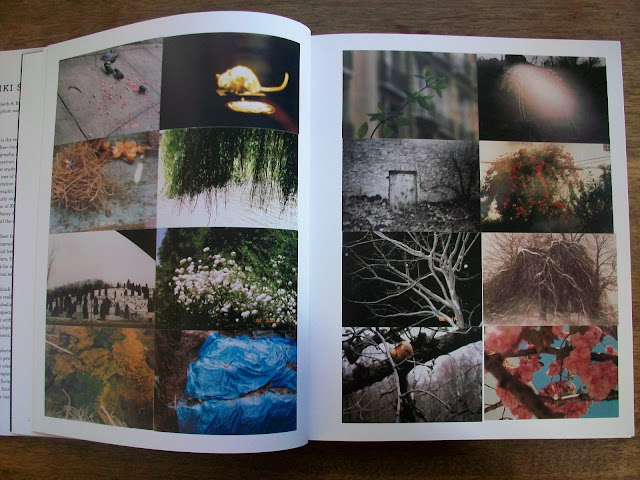 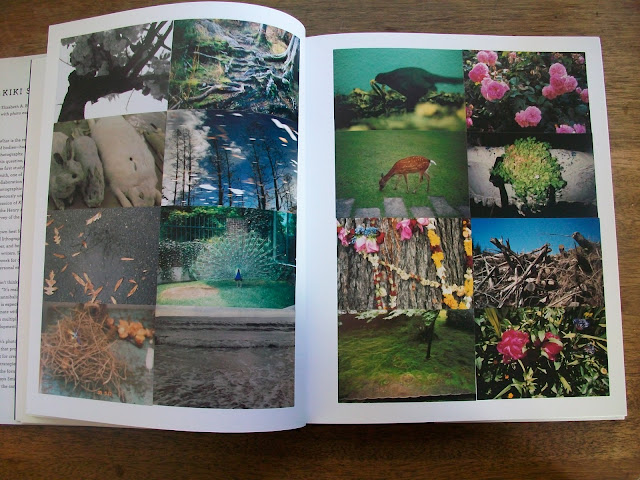 The other photo essays are "Studio-Nature": 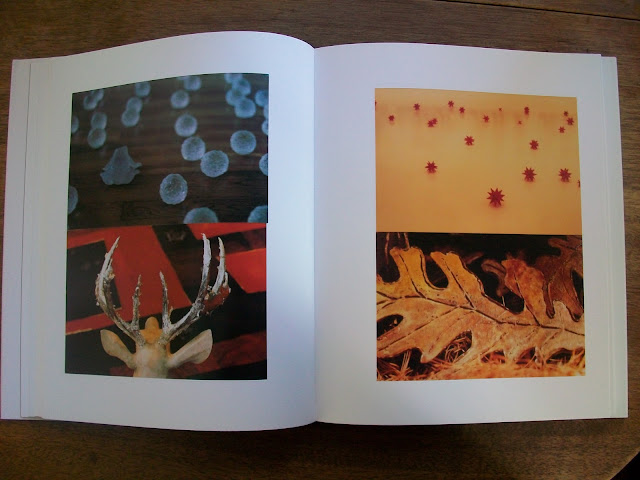 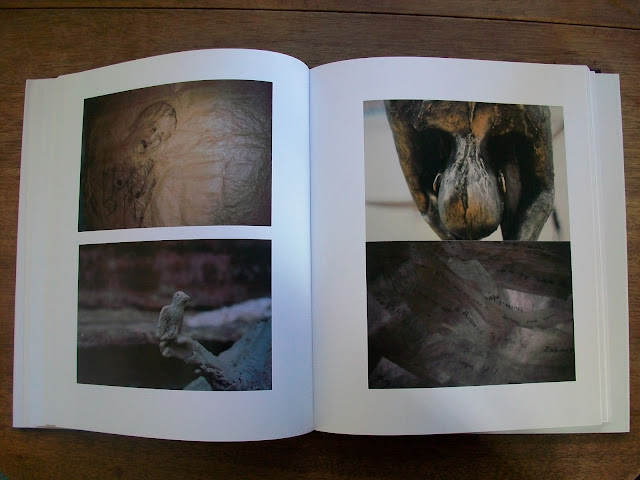 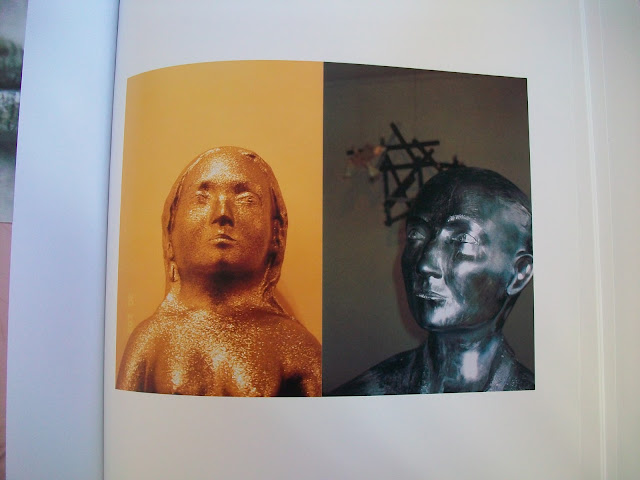 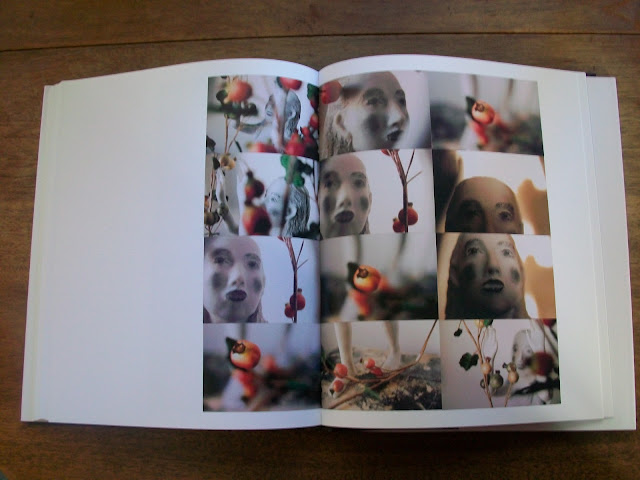 Posted by Bridget Watson Payne at 8:42 AM
Email ThisBlogThis!Share to TwitterShare to FacebookShare to Pinterest
Labels: art