[Shameless self-promotion alert! This post originally appeared in a slightly different form on the Chronicle Books Blog. Normally I don't cross-pollinate work and the Cabinet quite so closely, but in this instance I couldn't resist.] 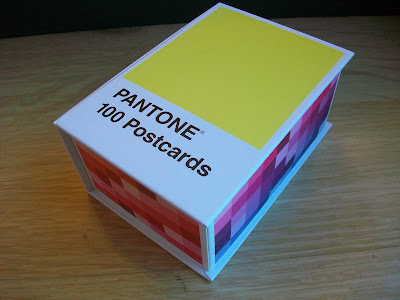 So, I just have to tell you how over-the-moon I am about the fact that the first few titles in a line I've been working on with legendary color authority PANTONE came out last week! First, there's this Box of 100 Postcards. 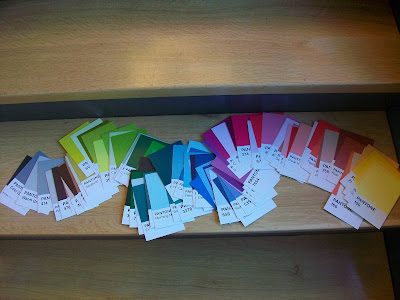 Every card is a different brilliant PANTONE color. 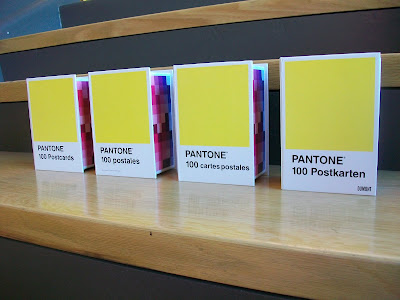 And the postcard box is also being published in Spanish, French, and German. I love seeing them all lined up together like this! 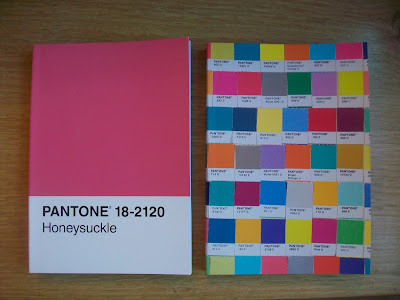 Next up we have two journals—one featuring PANTONE’s 2011 Color of the Year, Honeysuckle (PANTONE 18-2120), and one with a multichip design. Both, as you can see, are completely awesome. 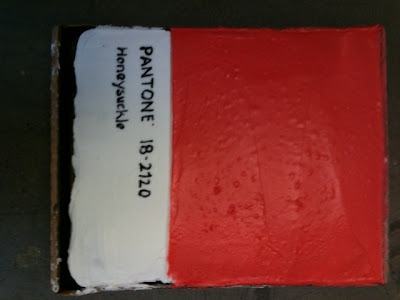 How much do the people in my office love Honeysuckle? So much that my coworker and baker extraordinaire Patti Quill made this PANTONE cake to celebrate the kick-off our spring publishing season! 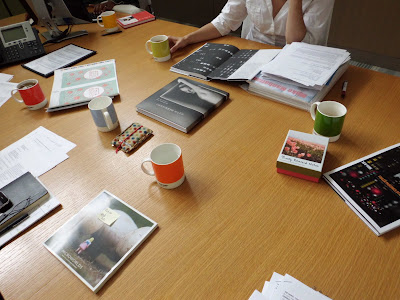 Least you be in any doubt about my work's collective devotion to all things PANTONE, how about some shots from around the office—like this recent meeting of our Art + Design group where we were all using the mugs our friends at PANTONE so kindly sent us? 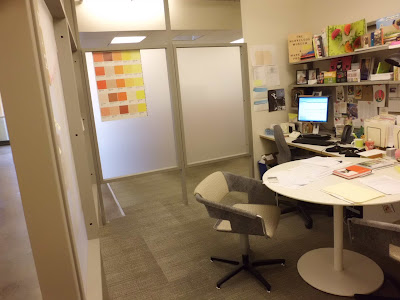 Or these folks, who’ve decorated their workspaces with press sheets from the making of the postcard box? 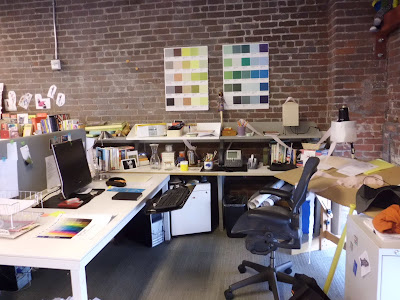 I especially love that in this picture you can catch a glimpse of the cover proof for our big PANTONE book (coming out in the Fall) sitting on my Managing Editor’s desk waiting to be proofread. 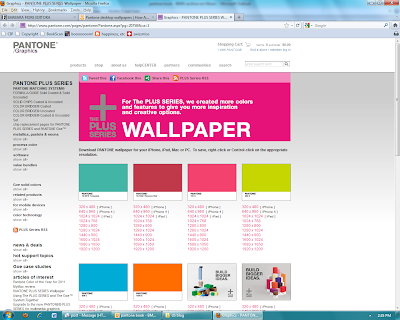 If you want a little PANTONE instant gratification right now, there are six most excellent shades of PANTONE desktop wallpapers available for download here. (via How About Orange). 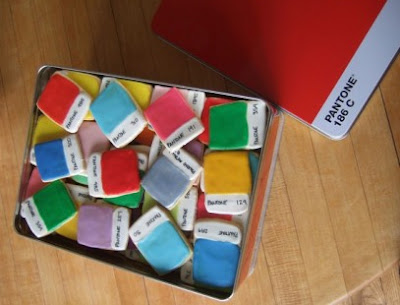 And for an even greater panoply of PANTONE wonderfulness (including the ever popular PANTONE cookies), go to this wiki devoted to all things PANTONE. 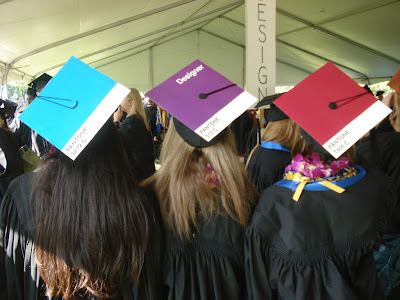 And last, when this post originally appeared on the Chronicle blog, a reader sent in the above photo of design school graduates. So cute!
Posted by Bridget Watson Payne at 8:41 AM
Email ThisBlogThis!Share to TwitterShare to FacebookShare to Pinterest
Labels: publishing