On Getting Stuff Done 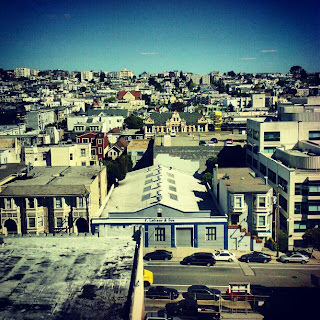 One of the the great cliches--indeed, perhaps the ultimate cliche--about being a working mother in the Twenty-First Century is that there's never enough time for all the things you want to do. Like many cliches (the "they get big so fast" one and the "I keep thinking its Friday" one come to mind), this sentiment has become a cliche exactly and precisely because it is absolutely true. There never is and never will be enough time to do it all--all the errands and all the housework and all the career stuff and all the personal fulfillment items and, most of all, all the games and hugs and snuggles and kisses and giggles you'd like to fit into your day. Some of each, yes. But all? It ain't happening. But this truism doesn't take into account two important facts. One: this phenomenon is true for everyone in the modern world--no one ever gets to the bottom of their to-do list--being a mother with a job exacerbates and brings the whole thing into sharper focus, but it doesn't really make one so special or different from anyone else. And, two: you do get some things done. Every day. Why not focus on that?

Take the photo at the top of this post. I took it from the waiting room window at Kaiser while waiting to go into my appointment with my new GP. And here's the thing about that: I haven't had a general doctor since I parted company with my childhood pediatrician around the age of fifteen. I've been meaning to get a real doctor ever since, but somehow never got around to it. Until now. Until, last week, I got to check an item off my to-do list that has been on said list for twenty years. Which I must say made me feel pretty fantastic. 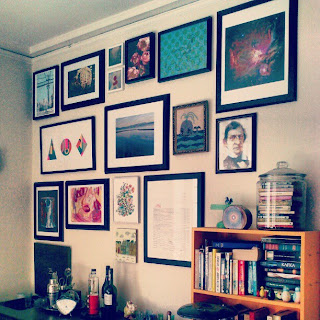 I already talked at some length, here, about the frame-the-art-and-hang-it-on-the-wall project pictured above. And, as I mentioned, this endeavor was the outcome of a New Year's resolution. Is there anything in this world more likely to languish unfinished in the corners of your to-do list than a New Year's resolution round about April? But, hey,  we did it, and I am proud. 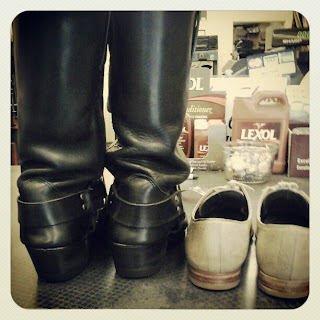 And you know, in a way I'm equally proud, though on a different much smaller scale of course, of having gotten my favorite black books and gray oxfords re-heeled last week. The end-of-the-winter-shoe-refurbishment project is exactly the kind of thing I think of myself as always meaning to do but never actually getting around to. Except I did get around to it. I have the boots on my feet to prove it right now.

All of which pollyannaish tooting of my own horn seems to be what comes of shifting focus. Assign yourself to think about all the stuff you've gotten done instead of all the stuff you haven't and all of a sudden--Wizz! Bang! Pow!--you find you were actually an accomplishful powerhouse all along. You just didn't know it.
Posted by Bridget Watson Payne at 8:28 AM
Email ThisBlogThis!Share to TwitterShare to FacebookShare to Pinterest
Labels: inspiration