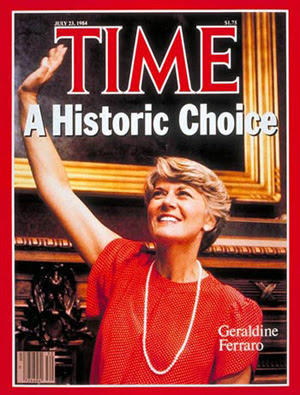 The seminal political moment of my own personal childhood was absolutely the 1984 presidential race. I was eight years old when Walter Mondale ran against incumbent Ronald Regan and chose for his running-mate Geraldine Ferraro. 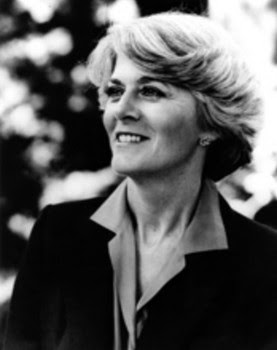 I was a Berkeley child of 70s feminists, she was a real live woman politician with a Princess Di haircut, running on the ticket my parents and all their friends would be voting for. She was completely awesome. I was inspired. It was a match made in child-of-the-eighties heaven. 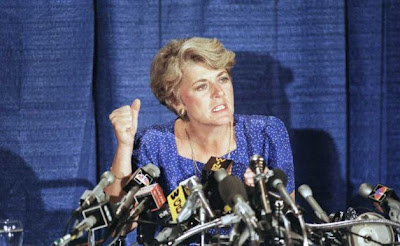 It's hard to put into words how utterly enamored of this woman I was at the time, though of course like most gradeschool kids, I knew basically nothing at all about politics. 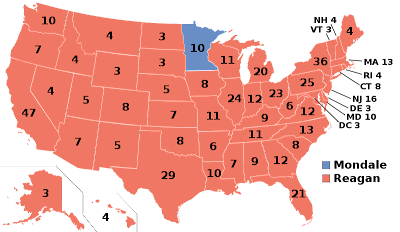 So I was all the more shocked and horrified when Mondale and Ferraro lost by a landslide. A major major landslide. It was the first time I was allowed to stay up late enough to watch the returns, and as one by one all those states turned red--every single one except old Walter's own home state of Minnisota--I could not understand what had happened. But. But. But. Every single adult I knew had voted for them! How could this be? So that also turned out to be the night I learned about statistical significance and sample size.
Posted by Bridget Watson Payne at 8:26 AM
Email ThisBlogThis!Share to TwitterShare to FacebookShare to Pinterest
Labels: inspiration