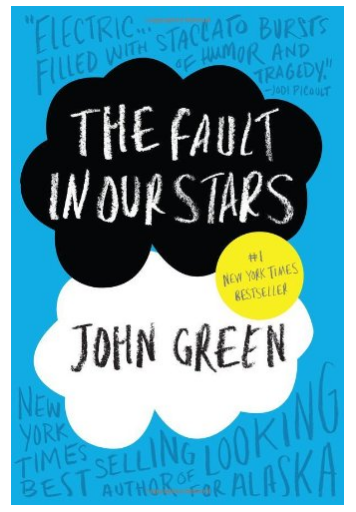 There are two big stories in publishing at the moment. The first is amazon's holding preorders for books published by Hachette hostage until Hachette agrees to sell amazon their books for even less money. About which I have nothing to say but: bleh. And maybe: double bleh. The second is the recent invention of Book Con. At the tail end of the annual publishing trade show BEA this year they invited the general public in for an extravaganza that treated books like pop-culture items (ala Comic Con, I gather, but without so many costumes). The publishing industry types who still thought they were at the last day of BEA seem to have been quite poleaxed, and in some cases annoyed, when thousands of screaming teenage girls showed up for appearances by John Green and other YA writers. But somehow the chatter about this happening, thus far, seems to be almost entirely missing what strikes me as the main--and wonderful, fantastic--point: teenagers read books! Let's just say that again, shall we? TEENAGERS READ BOOKS! Counter to all predictions about this generation and how they would do nothing all their lives but stare at little screens--these guys are out their reading fiction and getting hyped-up to almost boy-band levels about fiction writers. Why are we not dancing in the street about this fact, people? Seriously. And I, for one, don't care one whit what they read, as long as they read. But I was curious and so just read The Fault in Our Stars and it was good. Not as good as Rainbow Rowell. But good.
Posted by Bridget Watson Payne at 8:46 AM
Email ThisBlogThis!Share to TwitterShare to FacebookShare to Pinterest
Labels: publishing