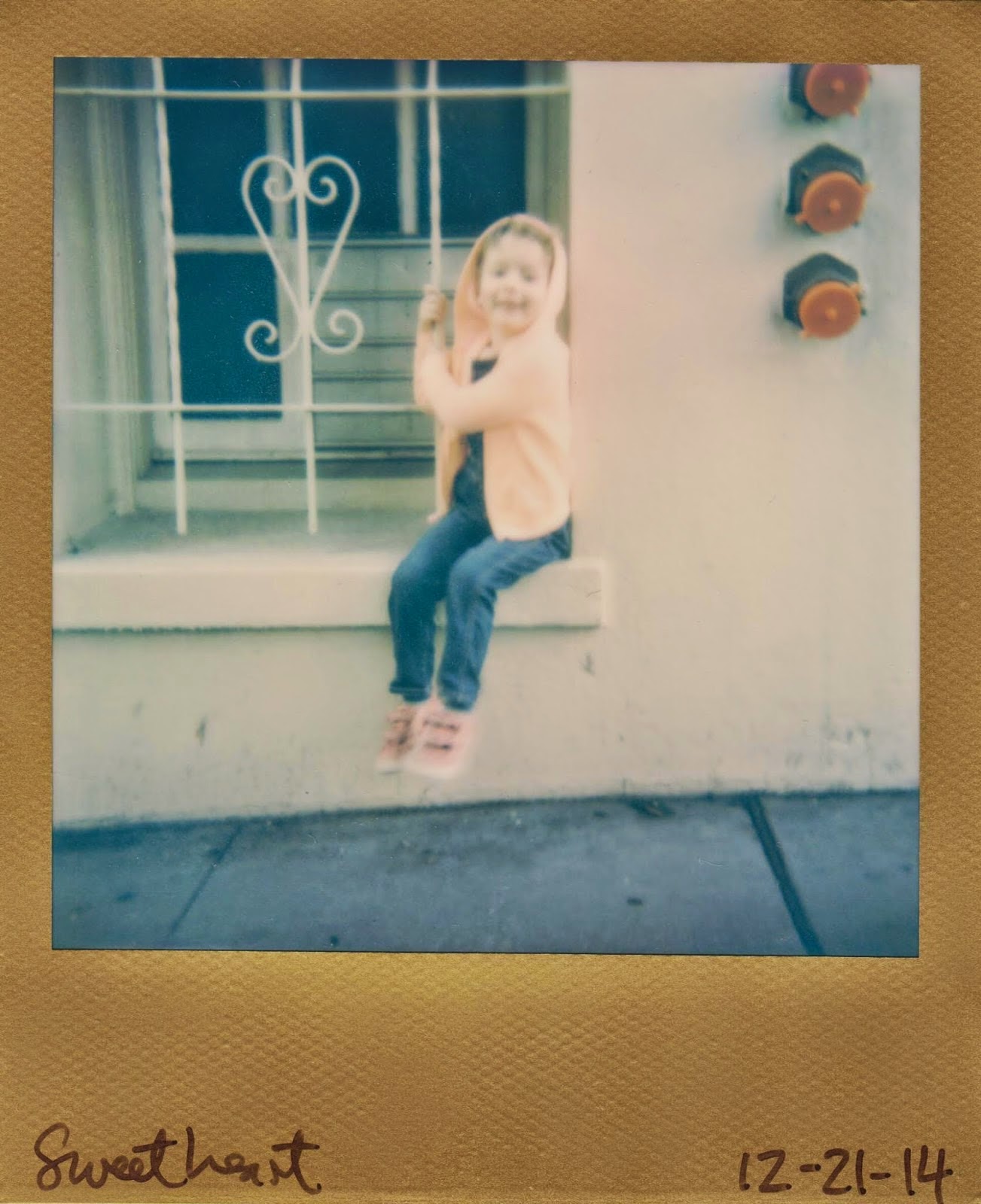 Because with the new film it is much easier to take Polaroids outdoors than indoors, but because the camera is also clunky and heavy to carry on extended outings, when nothing else particular presents itself as the obvious Polaroid moment of the weekend I most often take the child outside and shoot a picture of her somewhere on the street in the blocks immediately surrounding our own home. This is one such photo. It may also mark one of the first and only times Mable has chosen to smile for the camera and not put on a very strange grimace (that she obviously imagines in her own mind is a photo-ready smile, but in fact is very much not).
Posted by Bridget Watson Payne at 8:56 AM
Email ThisBlogThis!Share to TwitterShare to FacebookShare to Pinterest
Labels: polaroids