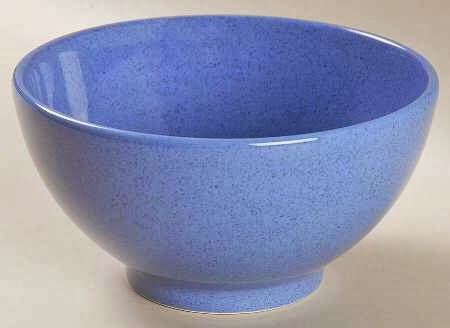 I did the dishes as usual
but didn’t happen to put them away
until Sunday
By then I had forgotten
what I thought I would remember
that I had nested my favorite periwinkle bowl
(for eating pasta with nutmeg, parmesan and spinach
on Thursday nights while Bill is at class)
under the large metal saucepan
(for making said pasta)
on the dish drainer


image source is here
(though my own bowl, which I still have and eat from all these many years later, is much more beautiful)
Posted by Bridget Watson Payne at 9:06 AM
Email ThisBlogThis!Share to TwitterShare to FacebookShare to Pinterest
Labels: poetry