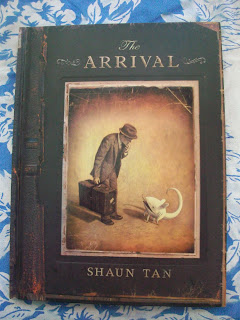 Today's art book is The Arrival by Shaun Tan. Set up in panels like a graphic novel, but without any words, Tan's images tell the story of a man who immigrates from a bad scary country to a new one, leaving behind his beloved wife and child. 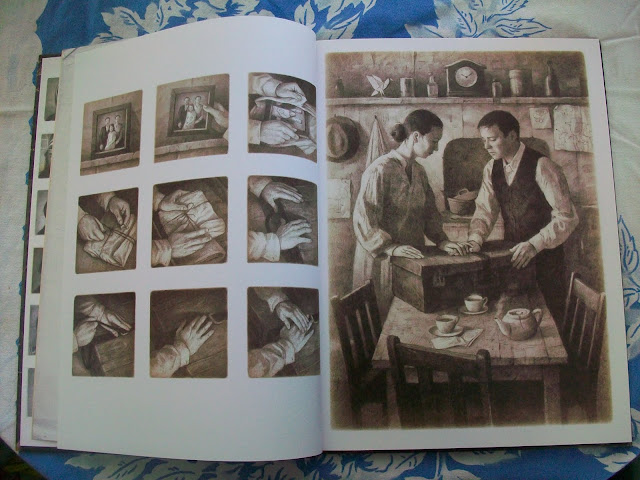 At first, it seems we're in a sort of late-nineteenth-early-twentieth-century Ellis Island Eastern-Europe-to-America kind of reality. And, on one level, that certainly is the story that's being told in these lusciously detailed sepia-tone drawings. But when the man arrives in what would, in the version of this story we all know, be New York Harbor with the Statue of Liberty, he instead sees this: 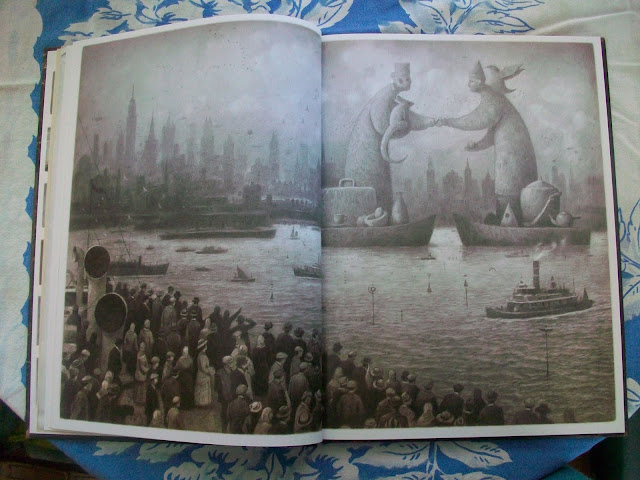 Beyond the technically stunning artwork, Tan's genius is how, for the rest of the book, the strangeness of the man's new country is conveyed by things we as readers/lookers find strange, too. In the new world, people go around with small odd fantastical creatures as pets, or perhaps friends. They eat foods that looks like it grew on another planet. The way they do everything--from transport, to musical instruments, to mailing a letter--is totally surreal and bizarre. 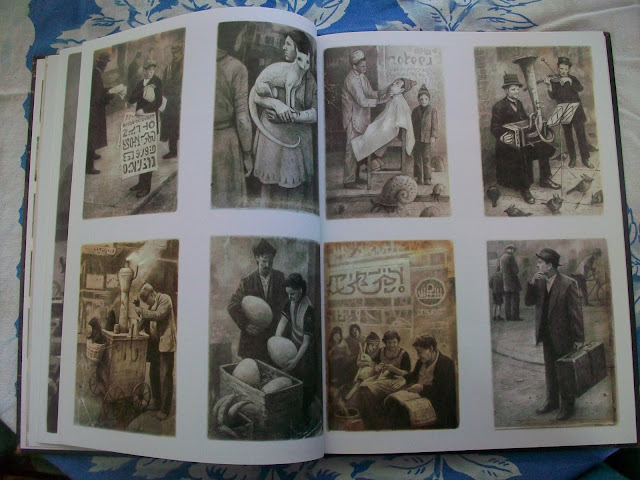 This turns out to be the perfect device for creating ultimate empathy for the character--we feel along with him the sense of utter confusion and displacement of the immigrant, how completely strange and incomprehensible everything in the new country would be. Eventually our man makes some friends, and learns how to appreciate and enjoy their odd ways... 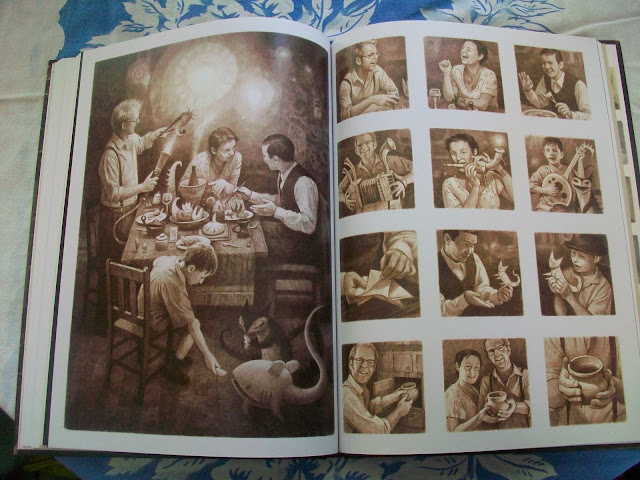 And the book culminates with his wife and young daughter joining him, and the daughter easily and naturally becoming a citizen of the new world, complete with alien pet and surreal root vegetables, showing a more recent arrival the way... 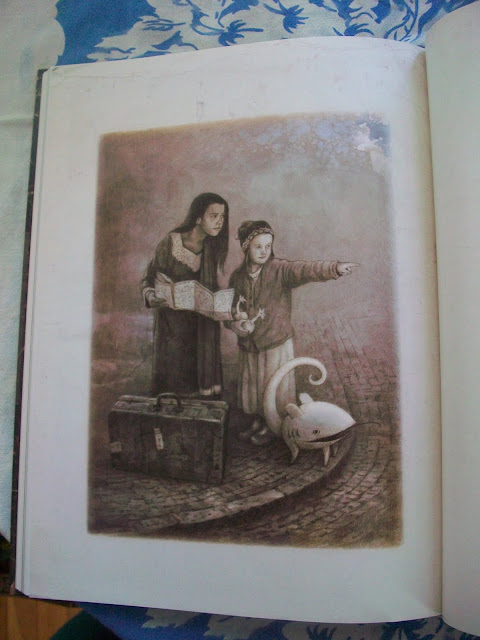 Posted by Bridget Watson Payne at 8:50 AM
Email ThisBlogThis!Share to TwitterShare to FacebookShare to Pinterest
Labels: art