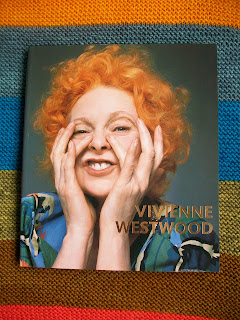 Seeing the Balenciaga show at the de Young the other day reminded me of the other notable fashion exhibitions I've seen there over the years (at this point I will make the requisite mention of the fact that there are folks in this town who think it's inappropriate for a major art museum to exhibit fashion, and would like to make a controversy out of such, but I pooh-pooh them, and will now move on). Yves Saint Lauren a few years back was amazing, but I think my favorite of all was the Vivienne Westwood show back when the museum building was pretty brand new. Thinking about it made me dig out the show catalog from my shelf to be today's art book (yes art book). 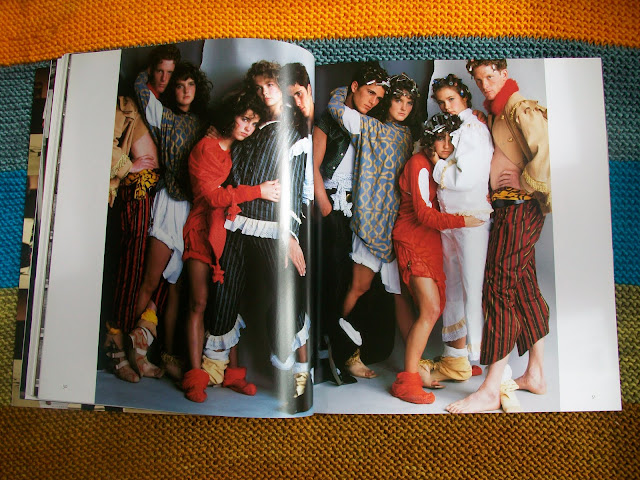 Man oh man, the older I get the more I nostalgically love 80s fashion. This image reminds me so much of shots I poured over in Elle and the big old newspaper-y staple-bound W and the Esprit and Benetton catalogs (also big and newspaper-y and staple-bound) when I first discovered fashion in about 1988. There was always this group of motley-yet-matchy beautiful young people hugging each other and looking at the camera. As a lonely bored 12-year-old in a catholic school uniform I so wanted to be those people (actually, now that I think about it, that goes a long way to explaining why I got into the theater crowd once I got to high school). I now think it entirely possibly that the divine Ms. Westwood invented that entire thing. 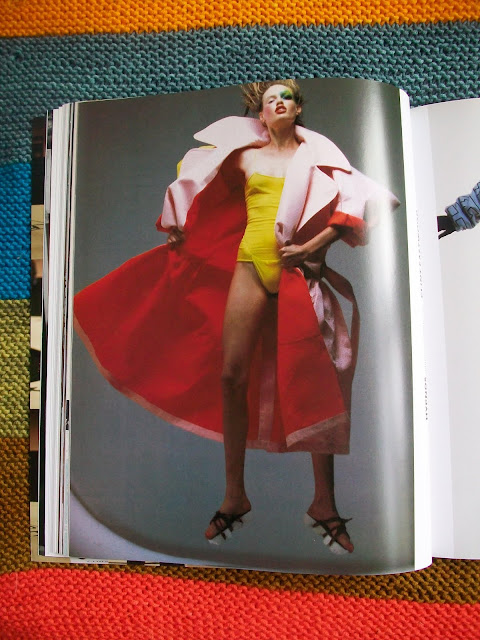 Sadly, I had no idea who she was way back then. But nevertheless outfits like this one absolutely cemented in me a notion of how to dress, and specifically how to use color, that survives to this day. 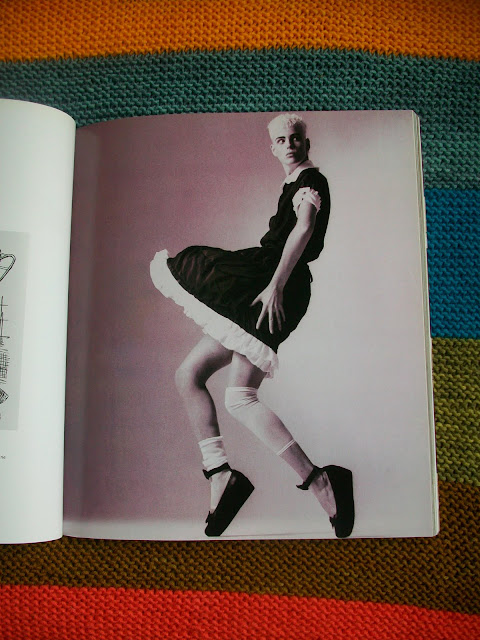 But she was always pushing the envelope, of course, always about as far forward as fashion-forward can go. I distinctly remember having an debate with my father in the early 90s in which I maintained that big chunky platform shoes, such as were starting to turn up in couture at the time, would never become popular in the mainstream. Ha! Then I blinked and the next thing you you knew we had Doc Martens and the Spice Girls. 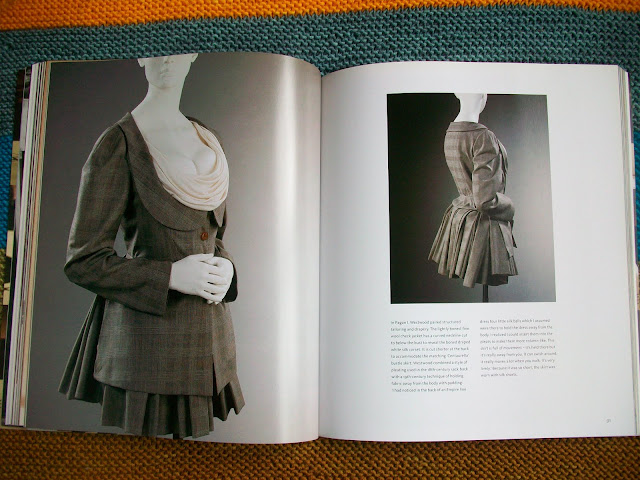 One disconnect that strikes me, here, is how, when you see a museum show of fashion, what you spend the whole time looking at is clothes on mannequins. And a very satisfying experience that is. So then you buy the book, and the book is inevitably full of pictures of clothes on models, which are so great that the mannequin shots start to look stilted and weird. Which is a pity because, really, shots like the above are so great for really showing in detail the amazing genius weird construction of clothes, in a way that model shots almost never do. 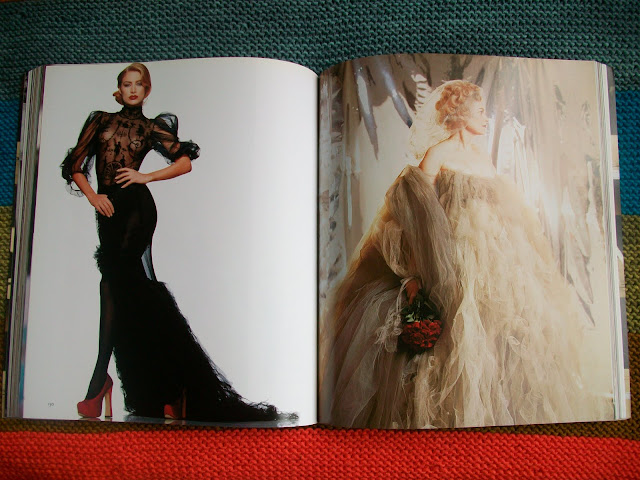 I have nothing to say about the above, or the below images, except that they are totally amazing. 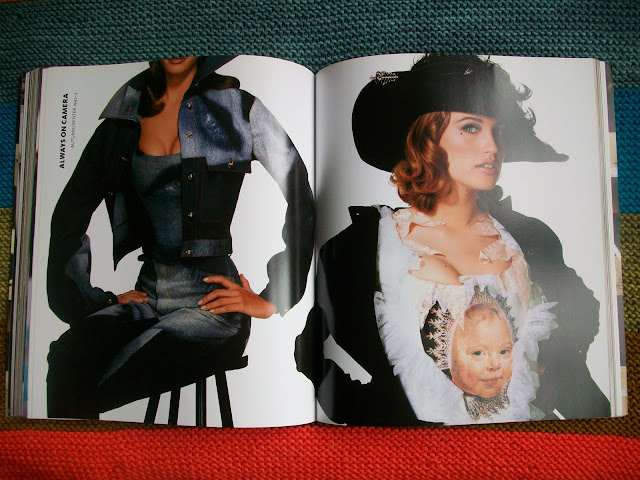 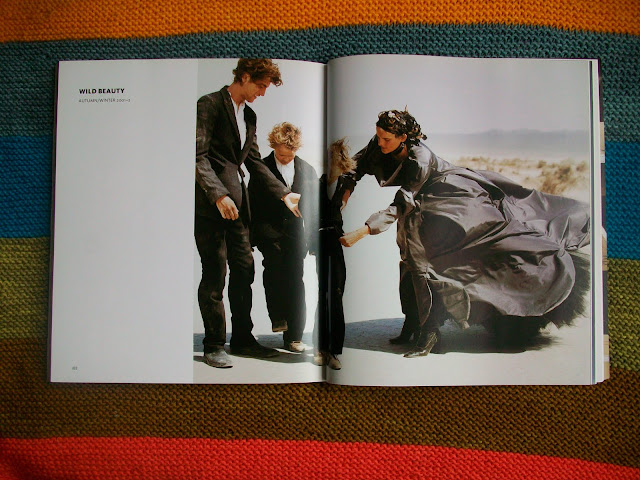 Posted by Bridget Watson Payne at 9:16 AM
Email ThisBlogThis!Share to TwitterShare to FacebookShare to Pinterest
Labels: art