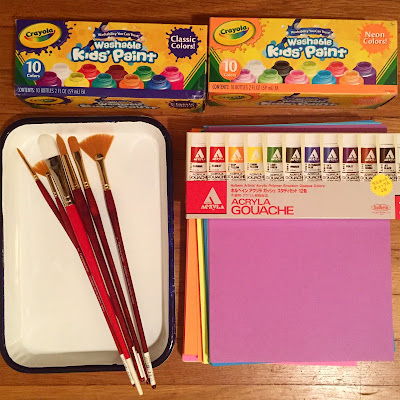 As followers of my Instagram will know, in 2015 I actually summoned the audacity to start making time to make my own pictures. So it was a great delight and honor when everyone in my family gave me art supplies for Christmas. Mabel picked out paint brushes, Bill chose a set of gouache knowing its something I've been tempted (and urged) to try, my mom gave me a giant stack of the colored card stock I like to paint on, and my dad gave me a fancy metal pallet as well as more of the Crayola kids' paints I love to use. Not only was I excited about this haul and all the things I might make with it, but it also felt wonderful to feel so very seen--to know that the people around me had noticed, and supported, this thing that I've been doing (a thing which, let's admit, can very easily become a snake pit of self-doubt and self-deprecation, if one is not careful). Suddenly, though, with all this stuff in hand, it became clear to me that the next step after carving out time is carving out space. As much as we all dream about a Room of One's Own--and I personally fantasize about Dog Patch studio space--I am here to tell you that even just a Drawer of One's Own is pretty darn empowering. Bill and I took an evening and plowed through all our filing, undertaking the Herculean task of paring two overstuffed file drawers down to just, one, with space in it to actually file more things as they come in. The bottom file drawer then became my new art supply drawer. And I can hardly describe to you how gleeful this makes me. Below you will see it, along with the old pieces of cardboard I was using as palettes (which I discarded, but had to preserve in a photo because they were so pretty), and at the very bottom the contents of the drawer themselves, in situ. Hooray! 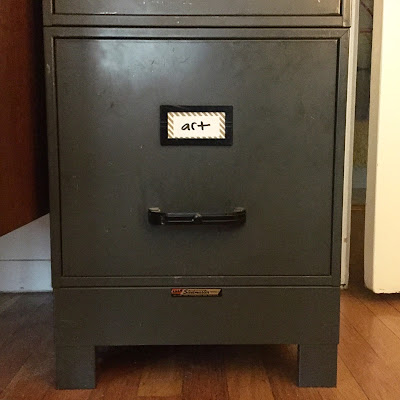 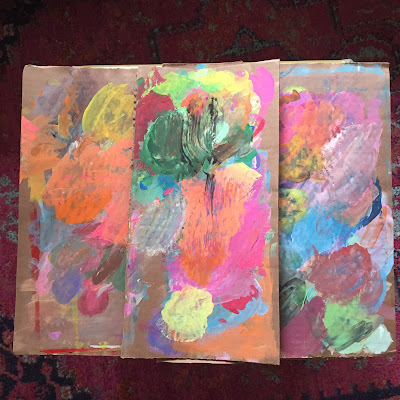 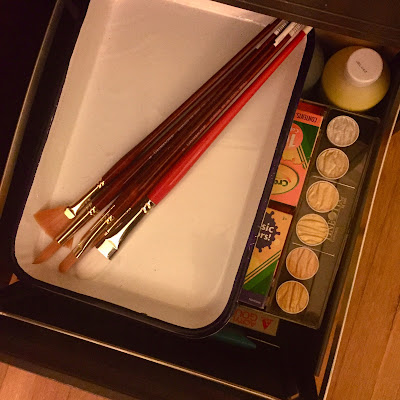 Posted by Bridget Watson Payne at 8:23 AM
Email ThisBlogThis!Share to TwitterShare to FacebookShare to Pinterest
Labels: inspiration