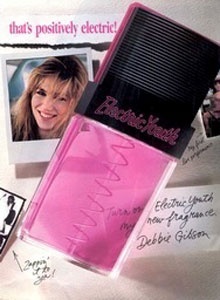 I've been inspired by this Cup of Jo post "My Life in Perfume" by Caroline Donofrio to put together a little re-creation of my own personal perfume timeline. It turns out to be tricky--memory is slippery and images of old perfumes are hard to track down. But here goes!

Up until 2010 all the scents I loved were fresh, fruity, sweet, and floral. Then things changed. Here's the story.

1989: Electric Youth -- I'm a miserable eight grader but this pink stuff in a bottle seems really cool. Never mind that it smells like candy melted in hairspray. 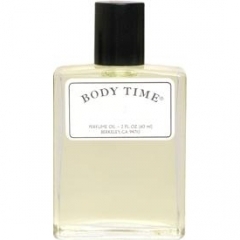 1990 - 1994: Body Time Rain / Body Time Jade -- all through high school I wore (as did all the girls I knew) essential oils from the Berkeley shop then called The Body Shop, now called Body Time. Freshman and sophomore year I wore a scent called Rain and the last two years I wore one called Jade which I considered profoundly more grownup and sophisticated. 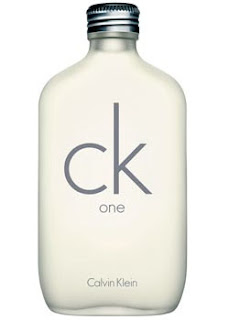 1994 - 1996: ck one -- me and every other alterna white college girl in america wore this "unisex" perfume (I never did know a boy who wore it) believing profoundly in the purity of our mid-nineties slacker minimalism, and smelling pretty good while we did so. 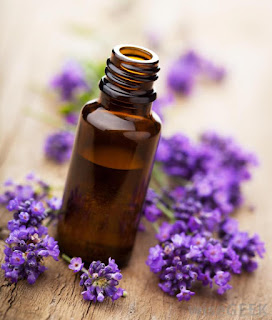 1996 - 1997: lavender oil -- I spend my junior year in England and subscribe to my mother's deeply-held belief that if you wear a certain scent in a certain time and place, and never again, it will always remind you of that time in a powerful Proustian manner. Alas the scent I choose is both too weak a preparation and too ubiquitous a smell. It doesn't work. 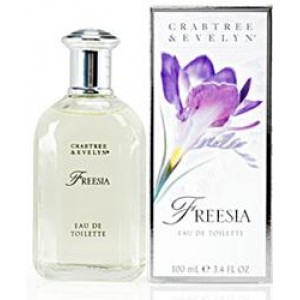 1997 (summer): Crabtree and Eveyln Freesia -- I try again with the whole scent-of-memory thing, popping for this bottle of floral yumminess on the high street in Oxford before jaunting off to backpack around Europe for six weeks. It works a bit better--to this day the scent of freesias reminds me vaguely of something in the past, though in a fairly nonspecific way. 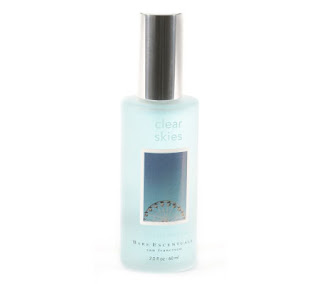 1998 - 2003: Bare Escentuals something-or-other -- in the midst of post-college bumbling around I buy a bottle of a perfume, not the one pictured above, but something made by the same company (before they became a makeup brand) and packaged in a similar bottle, that I believe was maybe called Fresh, though I can find no record online today of such a thing ever having existed. I decide I love it and when I go back to the mall to buy another bottle it's on sale, and clearly going away for good, so I buy three or four bottles and proceed to wear it for a good four or five years. It smells like grapefruit. 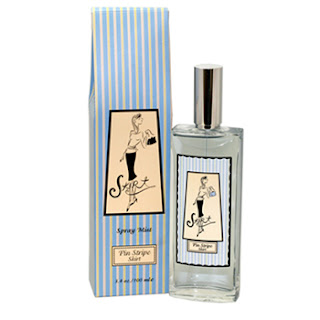 2003 - 2004: Pin Stripe Skirt -- I become an editorial assistant at a book publishing company and feel I have finally arrived. I must reinvent myself as a professional woman! I buy this at Anthropologie. I can't remember what it smelled like at all. 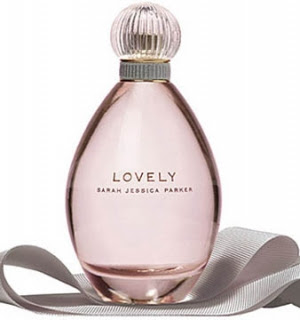 2005 - 2010: Lovely -- I get married and feel I need another upgrade. Celebrity perfume from a department store is posh, right? I adore this one, probably largely because, let's be honest (though I don't realize it at the time), it's almost all the way back full circle to Electric Youth; famous blonde lady, pink in color, smells like candy (though this one is quite a delicious candy scent). 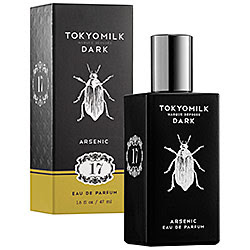 2011 - 2016: Tokyo Milk Dark #17 Arsenic -- I have a baby. When I go to spritz on perfume on my first day back to work after maternity leave I am horrified: the sort of sweet perfume I've loved for more than twenty years smells terrible, sickly and repulsive. What the heck? Apparently my hormones or something have completely altered my sense of smell or my taste in smells or something. I go to Sephora and spend ages smelling every perfume in there, most of which I hate, until I find this one which is super duper weird and delights me entirely. The marketing copy describes it thus: Sea Salt, Vanilla Bean, Cut Greens, Cardamom, Crushed Fennel, Absinthe. It sounds (and kind of smells) like a fancy cocktail, not a perfume. I am in love. For now.
Posted by Bridget Watson Payne at 9:12 AM
Email ThisBlogThis!Share to TwitterShare to FacebookShare to Pinterest
Labels: inspiration