Why My Boss is Cool

Fair warning: an amount of tooting-of-own-horn follows. Bear with me. 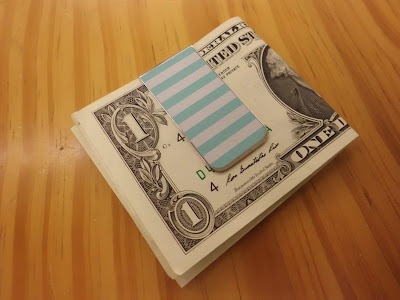 So, one of my books met with notable success last year. (Actually, and I do say so myself, several did. There was this, and this, and this, oh and this). But one in particular jumped out and exceeded all expectations, including my own, to take the world just a tiny bit by storm. And what makes me super proud is that Everything Is Going to Be Ok started out as an idea from my very own brain. And here's the part where I can stop blushing and talking about myself, and talk about other people instead: In honor of the book's success my rad boss, Christina, went to the SFMOMA gift shop and bought me the money clip pictured above--in the colors of the book's cover! I mean, seriously, how cool a gift is that? 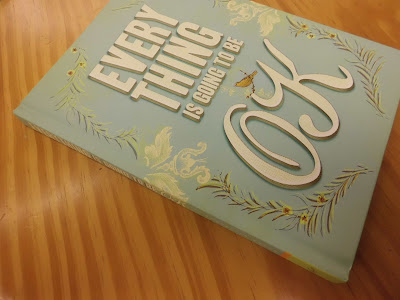 Now, I know there's a certain business book school of thought that advocates the giving of little rewards and acknowledgements as a calculated path to achieving better employee satisfaction and thus, the logic goes, better employee productivity. But it seems to me that if you just read a book and started handing out "carrots" cynically you would come across to your employees as, at best, full of rather forced bonhomie and, at worst, actually sort of creepy. Rather, it takes a person genuinely full of positivity, joy, and generosity to pull off this managerial style. Like most things, that can't be faked. So I consider myself quite lucky to happen to report to just such a one.

Now, of course, all of this raises the question (I was about to type "begs the question" but remembered just in time that that's one of those phrases that actually means exactly the opposite of what I always want to think it means--some word nerd colleagues and I were discussing this phenomenon the other day--other examples include: spendthrift, enervate, and nonplussed). But, as I was saying, publicly praising your work supervisor (and on the same day you're due to receive your annual performance appraisal, no less!) certainly causes the question of sycophancy to raise its ugly head. But you know what? Oh well. I calls em like I sees em.
Posted by Bridget Watson Payne at 8:38 AM
Email ThisBlogThis!Share to TwitterShare to FacebookShare to Pinterest
Labels: publishing