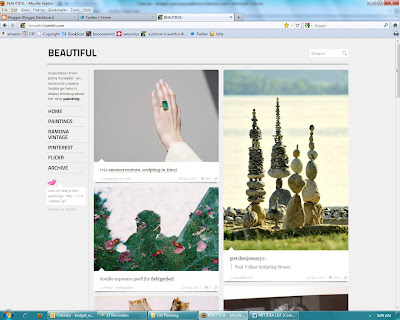 For a long time I couldn't understand what all the fuss was about when it came to Tumblr. People would talk about "a tumblr" like it was a thing, when as far as I could see it was just another blog hosting platform, like blogger or wordpress or  typepad or what have you. What was the big deal? But then I discovered Jenny Vorwaller's wonderful site, now called Beautiful, though it used to be called A Picture Is Worth a Thousand Words--and I mention its old title because that's what helped me get it. Oh, this was visual! And, for the most part, visuals the blogger didn't create. And now I've come to just love the idea that aggregating and curating images, based purely on personal aesthetic response, has become such a thing in our current moment (see also, of course, Pinterest) 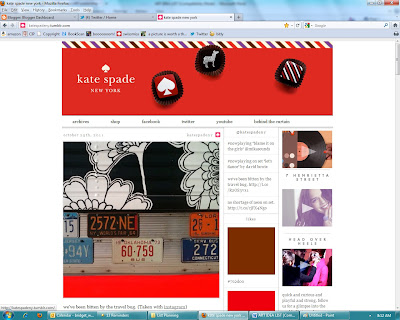 And what surprises and pleases me even more is how much I like what corporate brands are doing on tumblr, too. The best examples I know of are Kate Spade, above, and Anthropologie's Etymologie, below. Both companies really seem to have given the folks behind these feeds the freedom to just go nuts and make things that look pretty and wonderful. Which of course in turn enhances their brand--and I'm impressed with them for getting that. 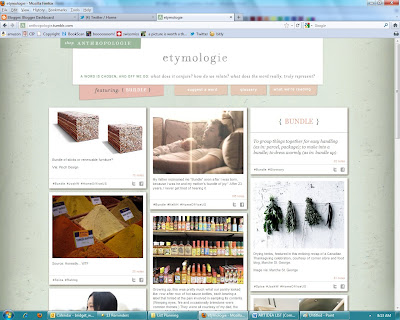 And then there's my most recent favorite discovery which is SFMOMA's tumblr. Of course it should come as no surprise that folks at a museum are good at curation. I mean, well, duh. But it is really nice to seem them embracing such an of-the-moment form with such panache. 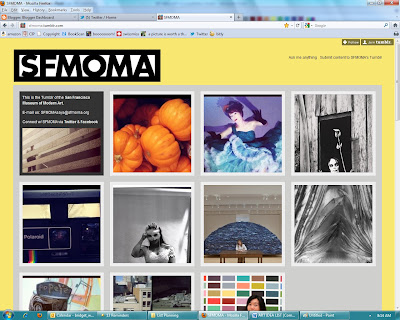 Posted by Bridget Watson Payne at 8:17 AM
Email ThisBlogThis!Share to TwitterShare to FacebookShare to Pinterest
Labels: inspiration