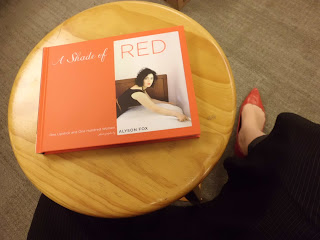 Feeling inspired today by the above fantastic book that's just come out, A Shade of Red by Alyson Fox (I know, I know, I keep saying I'm not going to flog the books I work on, here on the Cabinet--but I just can't help it--maybe I should just stop saying that. Hmm...) 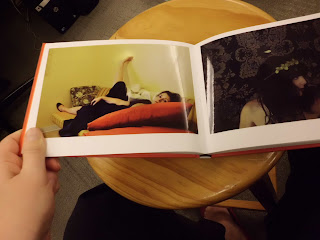 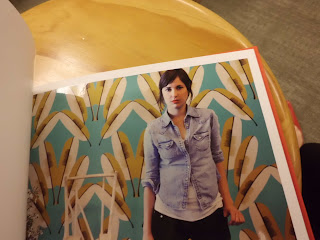 The whole time I've been working on this book I've been toying with the idea of rocking some red lipstick myself... 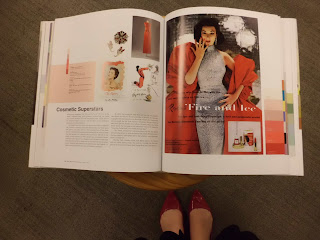 And then in Pantone: The 20th Century in Color (another book I can't seem to stop talking about) there's a spread in the 1950s section about cosmetics, including Fire and Ice, also by Revlon, which my mother told me the other day was the shade she wore throughout the 50s... 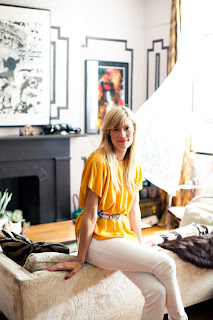 And then on Design Sponge yesterday there was a home tour of the charming pad of former Project Runway winner Gretchen Jones--which concluded with the image above, revealing that in the time since the show Gretchen has gone blonde, while keeping her signature red lips... 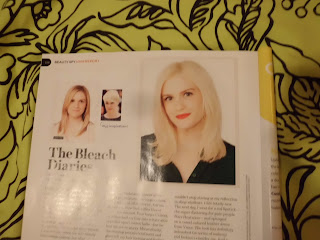 And speaking of going blonde, I just read this piece in Lucky magazine about an editor there going platinum (about the same shade as my own) and realizing that once she did she had to start wearing red lipstick, specifically the legendary Nars Heat Wave... 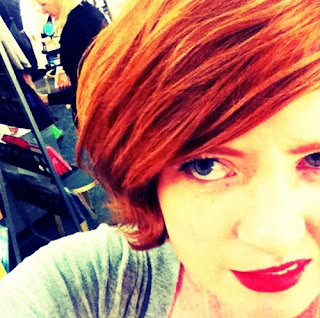 Which happens to be the same shade worn by my inimitable pal and coworker Alex Sheehan. All of which seems to point to me purchasing a tube (probably of the Heat Wave, which apparently is great for the pale among us).
Posted by Bridget Watson Payne at 8:49 AM
Email ThisBlogThis!Share to TwitterShare to FacebookShare to Pinterest
Labels: inspiration