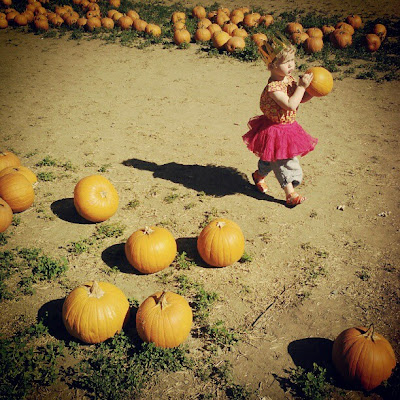 We were very occupied with Halloween preparations this weekend. It's the first year Mabel really gets what's going on and she is beyond excited about pumpkins, trick-or-treating, and costumes. A month or more ago she decisively determined that she wanted to be a robot for Halloween. But then a week or two back she added a wrinkle--yes, she still wanted to be a robot for actual trick-or-treating, but for the trip to the pumpkin patch the weekend prior she wanted to be a princess. 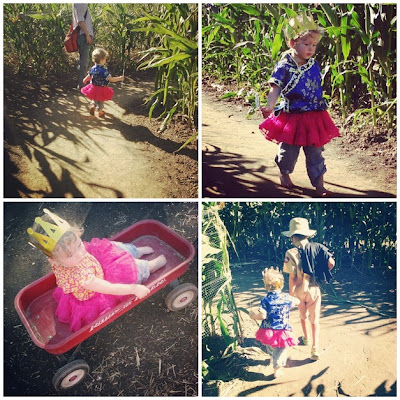 Now the hilarious part is that this kid really has no idea what a princess looks like--so she ended up with a big pink foofy skirt and a blue silk Chinese top that came on and off throughout the day, and was happy as a clam. In her view the most important parts of the costume were the crown and the wand. Princesses, according to my daughter, definitely have wands. 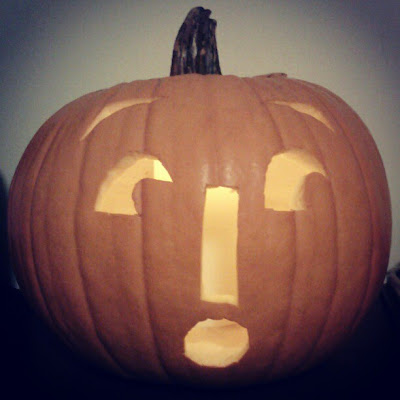 The next day she deployed this same decisive spirit to help with the pumpkin carving, serving in a capacity at which she excels: art direction. Should it have round eyes or triangle eyes or moon-shaped eyes? Moon-shaped. Should it have a triangle nose or a rectangle nose? Rectangle. And so forth. I drew as instructed and Bill carved. The above jack-o-lantern is therefore a fully collaborative effort between all three Watson Paynes. 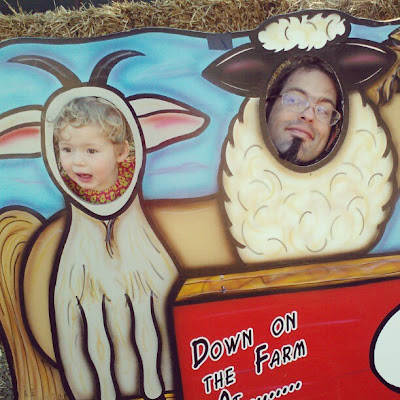 Posted by Bridget Watson Payne at 8:24 AM
Email ThisBlogThis!Share to TwitterShare to FacebookShare to Pinterest
Labels: inspiration